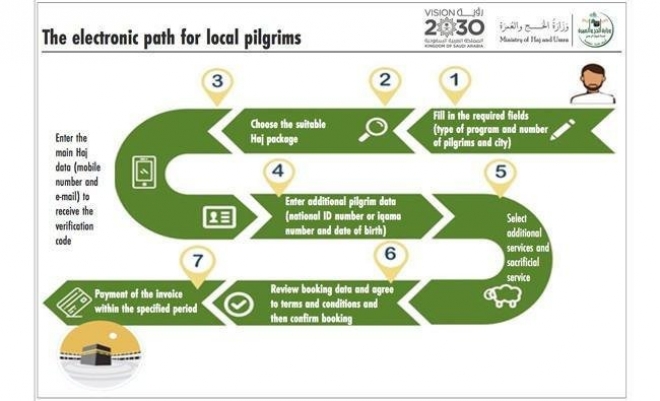 JEDDAH: Over 1,200,000 citizens and residents on Monday tried to log on the local Hajj online service website at 8 a.m., on the first day of registration, according to Makkah daily.

This made it difficult to register because of the tremendous volume of traffic caused by the attempts to log on the website, according to the undersecretary of the Ministry of Hajj and Umrah for Hajj Affairs, Hussein bin Nasser Al-Sharif.

Al-Sharif said in a televised interview on Wednesday that about 992,000 wanted to log on and review and book programs. “About 85,000 pilgrims were able to register within 48 hours; however there are about 108,000 seats that were not booked,” he said.

Al-Sharif has also noted that “the registration numbers are not fixed due to probable cancelation of reservations from applicants, or in the event of a company not being able to provide the service. Then, the ministry will add waiting-listed seats in place of those who cancel their reservations.”

He stated that reservations in the low-cost and affordable Hajj programs are almost fully booked online.

The president of the coordinating council of institutions and companies serving local pilgrims, Abdulrahman Al-Haqbani, said that the local Hajj online service website made it easier for citizens to register for Hajj programs and to review about 180 companies to choose the program which they want.

On Wednesday, 109 pilgrims arrived at King Abdul Aziz International Airport in Jeddah from South Africa, representing the first group of non-Arab African pilgrims to perform the rituals this year.