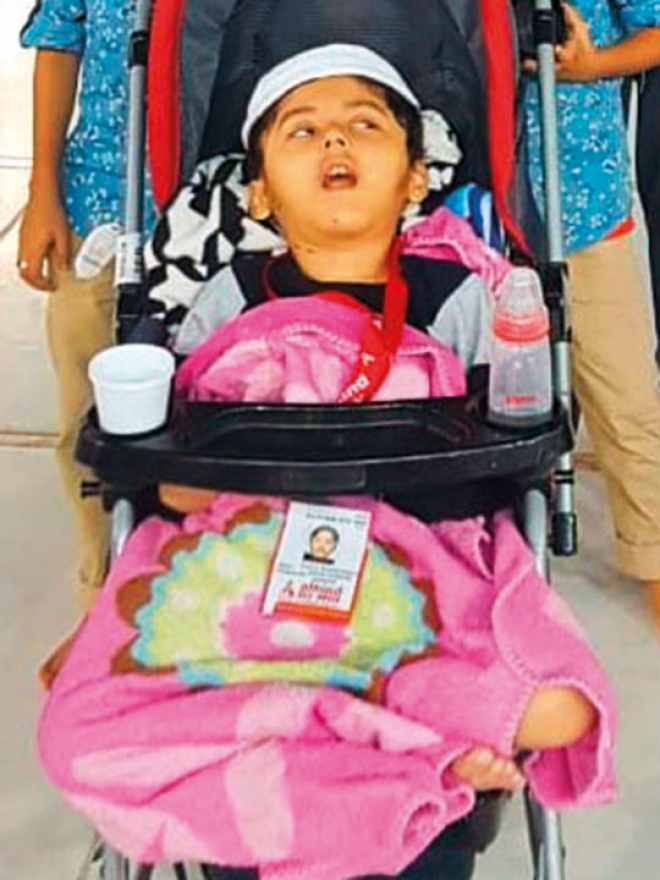 Abu Dhabi: A four-year-old Indian boy died on a flight on Monday on his way back from Saudi Arabia after performing Umrah with his family.

The Oman Airways flight going to Calicut in the South Indian state of Kerala through Muscat made an emergency landing at Abu Dhabi Airport in the afternoon after the tragic incident, an airport official told Gulf News on Monday evening.

Yahya Puthiyapurayil died on the flight due to an epilepsy-related illness that caused a seizure, according to the death certificate obtained by Gulf News.

An Indian Embassy official said the incident was notified to the embassy by afternoon. The embassy’s PRO (public relations officer), the airline officials and some Indian social workers worked together to assist the father who disembarked from the flight with his son’s body. “The local authorities expedited the procedures and once everything was completed by the late evening, we opened the embassy, cancelled the boy’s passport and issued a non-objection certificate for repatriation. The body was flown to Kerala on an early morning flight on Tuesday,” the official said.

A relative said the body reached Kannur, the boy’s hometown, on Tuesday late morning and was buried by afternoon. “He had health issues by birth; he was not able to talk, but always smiled,” M.P Siraj said on phone from Kerala on Tuesday afternoon.

He said the boy went to Umrah with a 11-member team of family members including his parents, two brothers, uncles, aunts and cousins. After the tragic incident, other family continued their journey on the same flight, Siraj said.


⇐ Previous:
Khashoggi's death is just one reason to boycott hajj. Every Muslim has reasons not to.
Next: ⇒
UCSAH slams SAHUC for lack of transparency