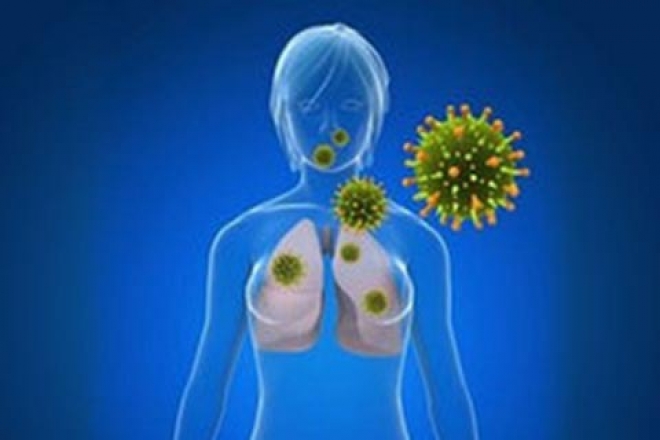 A latest study has shown that one out of every three pilgrims returning Kashmir from Saudi Arabia with respiratory illnesses has infection viral in nature.

The research undertaken by a team of eight scientists— two from SKIMS and others from health institutes from India and USA— was carried out in the wake of recent Middle East Respiratory Syndrome (MERS) outbreak in Saudi Arabia.

The study, “Respiratory viruses in returning Hajj & Umrah pilgrims with acute respiratory illness in 2014-2015” published in latest issue of Indian Journal of Medical Research is the first of its kind a research on respiratory tract infections in Indian pilgrims returning from Hajj and Umrah.

Its lead researcher, Prof Parvaiz Ahmed Koul, head of Internal and Pulmonary Medicine at SKIMS said there is sparse data on illnesses and pathogens found in pilgrims in the subcontinent and the study was an important contribution towards better understanding of circulation of viral pathogens in mass congregations.

As per the study, 32.3 percent of total (300) participants (those with respiratory symptoms) tested positive for “some kind of viral infection”.

Other respiratory viruses that were detected included human coronaviruses, OC43 and C229E, rhinovirus, adenoviruses, parainfluenza viruses, respiratory syncytial virus and bocaviruses (in order of the number of patients infected).

“None of the patients required hospitalization, and all had an uneventful recovery in 2-5 days,” the study states.

The study is significant because Umrah is not a seasonal activity and goes on around the year, while Hajj also changes seasonality gradually.  The researchers underline the importance of studying pilgrimage acquired viral illnesses because these do not follow the traditional seasonality of any geography.

“The congregation of potentially infected individuals from all across the world with individual seasonality of circulation of these viruses makes the acquisition and transmission of the viruses possible” note the researchers.

“International gatherings have a potential of acquisition of communicable disease outbreaks and exportation of these pathogens and initiation of local chain of spread in home countries triggering local outbreaks,” the research team cautioned in the study.

The fact that “all of the participants had been asymptomatic while before embarking on the pilgrimage” suggests that infection was acquired during pilgrimage, while in a different atmosphere.

The study, in order to prevent communicable health hazards among the pilgrims, recommends “larger studies for surveillance for the viruses among the pilgrims returning from mass religious gatherings as also international and multi-sectoral coordination and communication for effective surveillance among pilgrims and continued evaluation of the implementation of the recommended guidance”.

The study lays emphasis upon adoption of infection control measures which could consist in use of hand washing, cough and sneeze etiquettes, use of nasal masks and pre-pilgrimage vaccinations, Dr Koul said.