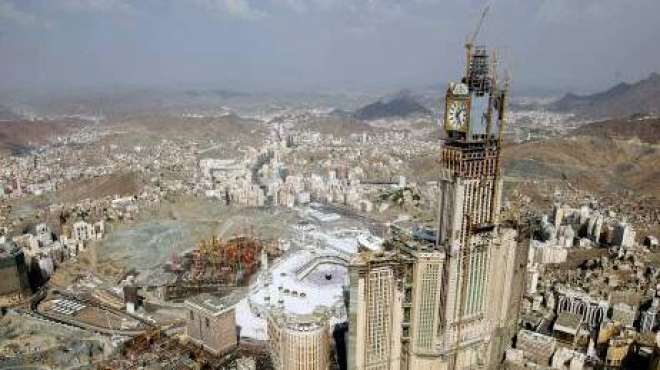 The developer reported a profit of 193.78 million Saudi riyals (Dh189.76m) for the 12-month period ending December 31, it said in a statement to the Saudi stock exchange, where its shares are traded. The company reported a 601m riyals loss in 2017.

Revenues for the period surged 245 per cent to 1.96 billion riyals on the back of 1.21bn worth of sales from residential units. The developer recorded no sales in the 2017 fiscal year, it said in the regulatory filing. Jabal Omar’s hotel revenues climbed by 28 per cent at the end of 2018, while revenues from commercial centre operations increased by 60 per cent, it added.

A more than 100 per cent fall in operating costs also helped profitability as developer’s other income climbed to 243m riyals. Operating expenses also fell, by 13 per cent.

“During this year, financial charges increased by 187m riyals mainly due to the full-year recognition of the sale and lease-back transaction,” the company said. “Management was [also] able to better manage expenses despite the expansion in operating and investment activities.”

The construction sector in Saudi Arabia has struggled in the past few years on the back of the three-year oil slump which began in the middle of 2014. Prices of oil have increased from lows of less than $30 per barrel in the first quarter of 2016 to hover around $60 per barrel, which has revived economic momentum and boosted construction activity in the kingdom.

The construction sector in Saudi Arabia’s is set to grow 5.5 per cent year-on-year in 2019, according to Fitch Solutions. Overall, the sector in the broader Middle East and North African region is forecast to grow at the fastest pace globally this year as regional governments continue to invest in infrastructure projects and rebuild conflict areas.

Jabal Omar, which is one of the biggest publicly listed real estate companies in Saudi Arabia, is developing a multi-use mega-project spanning 2 million square metres near the Great Mosque in Makkah.

The company raised $135m through an Islamic bond last year to fund the development of property projects in and around Makkah.

Shuaa Capital, the UAE financial services group, was the sole arranger for the private placement of the five-year sukuk, according to Shuaa’s January 9 statement to the Dubai Financial Market

Proceeds from the sukuk will help to diversify Jabal Omar’s capital base as it develops projects around Makkah, according to the statement, which did not specify which of the projects will be funded through the sale of Islamic bonds.