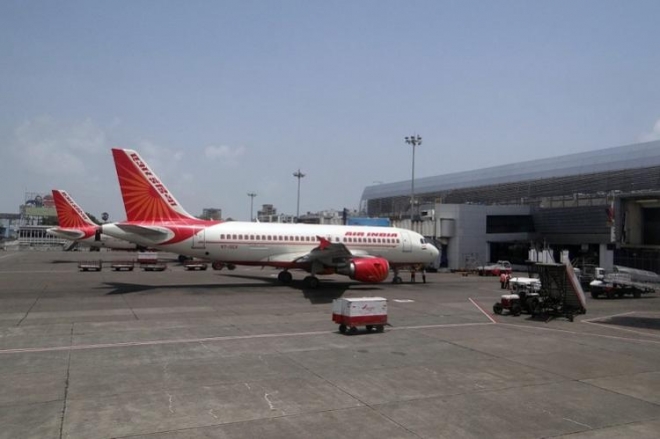 Mild tension prevailed at the Rajiv Gandhi International Airport (RGIA) in Hyderabad on Saturday, as around 350 passengers who were stranded at the premises due to a long delay in their flight to Jeddah staged a protest. The airline said that it was a technical issue which caused the delay, adding that the passengers have since left for Jeddah as the flight departed at 3 am on Sunday. The flight was initially supposed to land from Mumbai and take off from Hyderabad to Jeddah late on Friday.

In videos of the incident that surfaced on Saturday night, the passengers of Air India 965 were seen picking an argument with an official of the airline, pointing out that they had been waiting for over 30 hours for their flight, which was taking them to Jeddah, as part of their Umrah pilgrimage.

One of the videos show passengers stating that they wished to file a police complaint and would not leave without an FIR.

"There is a single woman taking care of two children. One of the children has high fever. I was helping her take care of the child, and here, you are constantly delaying the flight," a woman is seen telling the airline official.

"Tell us clearly what the problem is. Tell us if the flight is coming or not, instead of constantly extending the delay by each hour. Arrange a different flight for us otherwise," another passenger is heard saying.

Slogans of 'Air India down down' were also raised, as passengers claimed that they were given no information about the flight. They also complained that their schedules were disrupted as they had already made bookings in Jeddah.

An Air India spokesperson told TNM that around 350 passengers who were at the Hyderabad airport were provided with accommodation at a hotel and transport to and from the airport.

"This was a technical delay and since safety is the highest priority at Air India, we had to wait till engineers cleared the aircraft for take-off," the spokesperson said.