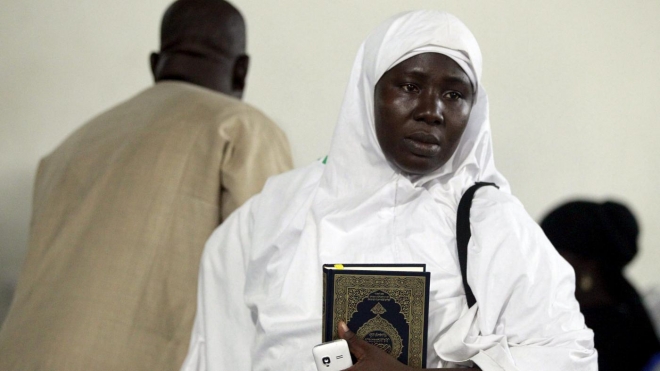 The government of Saudi Arabia is considering a radical change which would allow female pilgrims to perform the hajj without a male guardian, according to an Arab News report.

The hajj, from the Arabic word for pilgrimage, is a mandatory religious duty for Muslims. Every year in the last month of the Islamic calendar, more than a million people travel en masse to Mecca over a six-day period. For Saudi Arabia, it’s a lucrative business—and a logistical nightmare.

Under present law, any woman under the age of 45 seeking a hajj visa must travel with a mahram—a male “guardian,” generally related by blood. Women over 45 may travel with an “organized group” instead, provided they are able to furnish the Saudi embassy with a “no objection letter from her husband, son or brother authorizing her to travel for Hajj with the named group,” according to a Saudi government website. “This letter should be notarized.”

Women who are not met by their sponsors have in the past not been allowed to enter the country or continue on other flights. Violating the policy may lead to deportation. The policy does not apply for women who are members of the minority Shia sect, which makes up about 10% of all Muslims: Shia scholars, unlike their Sunni peers, have ruled that women may travel alone on the hajj if they feel they will be safe. (According to the Saudi government, Sunni women have sometimes pretended to be Shia to circumvent the regulations.)

It’s just one part of the lengthy, bureaucratic process of applying for the hajj. For tourists and companies alike, the pilgrimage is heavily regulated—businesses in the sector must comply with a long list of obligations, including a compulsory annual payment of nearly $270,000 per company, which they say squeezes out smaller firms.

In recent months, however, the Ministry of Hajj and Umrah has instituted a selection of high-tech solutions to make the hajj easier to access. A new digital platform, Maqab, was launched last year, allowing visitors to streamline their application. In light of these changes, and of Saudi Arabia’s new electronic tourist visas, hoteliers and others in the hajj sector have asked the government to liberalize some conditions for female travelers and reduce tariffs on businesses.

Many of these potential changes echo those unveiled by crown prince Mohammad bin Salman as part of the government’s Vision 2030 agenda, which include allowing unmarried tourists to share a hotel room. He has also re-introduced movie theaters and given Saudi women the right to drive, and rent a room alone. But critics suggest these reforms may be geared at deflecting scrutiny from the ongoing human rights abuses in the ultraconservative kingdom, including the murder of journalist Jamal Khashoggi and the arrest in May 2018 of women’s rights activists.

Actually changing the process for female pilgrims will require input from more than just the Ministry of Hajj and Umrah—especially if Sunni scholars are expected to weigh in. A spokesperson for the hajj minister, Mohammed Saleh Banten, said the ministry lacked sufficient authority to cancel the condition outright. “This is rather the concern of other ministries and government departments, not our ministry,” he explained.