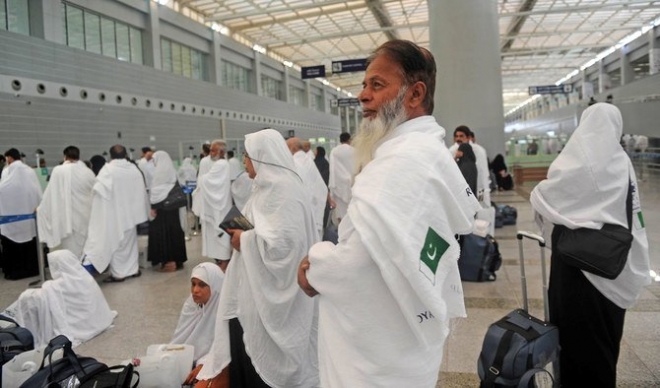 ISLAMABAD: Pakistan will ask Saudi Arabia to expand the Makkah Route initiative for all Pakistani Hajj pilgrims next year, Pir Noor-ul-Haq Qadri, federal minister for religious affairs, said in an exclusive interview with Arab News in Islamabad on Friday.

The initiative by Saudi Arabia was finalized during Crown Prince Mohammed bin Salman’s maiden visit to Pakistan in February. Some 22,000 Pakistani pilgrims were cleared for immigration and customs prior to their Hajj departure during this year’s pilot project in Islamabad.

“I will reach Jeddah on a five-day official visit on Tuesday to talk with Saudi authorities and sign an agreement for Hajj 2020,” Qadri said, adding that there are “many things on our agenda,” such as the expansion of the Makkah Route initiative, Hajj quota and e-visa facilities.

Thousands of Pakistani pilgrims have already benefited from the pilot program in Islamabad.

“This year, we are going to request the Saudi government to expand it to the whole country, otherwise at least Karachi, Lahore, Peshawar and Quetta should be included,” the minister said.

He added it would ultimately be the Kingdom’s decision based on costs related to the expansive project.

However, Qadri was hopeful that the project would at least be extended to all provincial capitals by next year and said that the Saudis had delivered on almost all of Prime Minister Imran Khan’s requests.

“They have given us the Makkah  Route initiative, an e-visa facility and an increase in the Hajj quota to 200,000,” he said.

Pakistan is the fifth country to get an e-visa facility with Saudi Arabia, in addition to Algeria, Morocco, Nigeria and France, the minister said.

Qadri said that he would ask the Saudi government to relax rules that required all Hajj tour operators to be registered with the International Air Transport Association.

“The pilgrims have been provided with maximum facilities. He is making Hajj very easy,” he said.