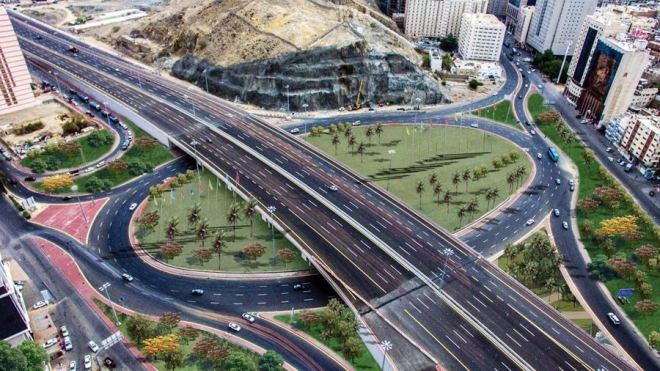 MAKKAH: The Makkah Region Development Authority (MRDA) is working on the finalization of the second and third ring road projects in Makkah in collaboration with the Royal Commission for Makkah City and Holy Sites, as part of the city’s reconstruction project, under the guidance of Makkah Gov. Prince Khalid Al-Faisal and with the support and follow-up of Prince Badr bin Sultan, deputy governor of Makkah and deputy chairman of MRDA.

The project’s fieldwork includes implementing intersections, building bridges and services related to roads. The authority finished three of the intersections on the second ring road (on the western side) in the first phase: Al-Kakiyyah, Jorhom, and Al-Tandabawi, and transformed them into continuous flow intersections, and at the moment, the preliminary taking over of the 15-month project is underway.

The second phase is the implementation of Al-Bibyan’s intersection. The work includes building five concrete bridges following the Sulaimaniyah tunnel in the second ring road via Madinah’s intersection and Al-Mansoor Street down to Hussein Arab Street.

The preliminary work is complete and currently, some of the foundation bridges are being dug and cast, and the coordination to protect and remove interceptors as well as properties is underway. The project will take 24 months.

Spokesperson Jalal bin Abdul Jalil Kaaki stressed that the authority was working hard to complete the ring roads in Makkah, in coordination with the authorities, in order to finish the projects on schedule.

These were the details of the news Key road development projects in Makkah enter final stage for this day. We hope that we have succeeded by giving you the full details and information. To follow all our news, you can subscribe to the alerts system or to one of our different systems to provide you with all that is new.