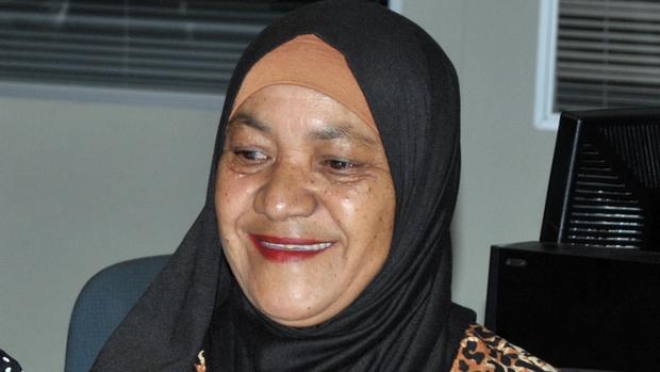 After her dream trip to Mecca was dashed, umrah scam victim, Nerima Hendricks, says a generous Daily Voice reader has restored her faith in humanity.

Nerima, 59, from Tafelsig in Mitchells Plain says she was conned out of R24 000 which she had saved over seven years to fulfil her dream of going on her pilgrimage to the Muslim holy city.

Nerima was one of 40 people from Mitchells Plain and 18 from Strand who were allegedly conned by Imam Fasiegh Adams.

They were supposed to leave on umrah on 25 December but were left stranded when Adams cancelled the trip and disappeared with over R1.3 million of their money.

“For years I got up at 3am to make fresh pies, koeksisters, rotis and chicken burgers to sell.

“I opened a takeaways at my home and I got a stall at the markets to sell things in order to raise the money,” Nerima previously told Daily Voice.

Last week she spoke out about her plight, saying Adams had destroyed her lifelong dream.

The victims have now decided to lay criminal charges against Adams after he failed to fulfil promises to return their money.

Nerima says her moulana called her to say a man who had read her story in the Daily Voice wanted her number.

“He then called me (Monday) night. He asked me if it’s true about how I tried to raise the money and I said yes.

“Then he told me he was going to send me on umrah, all expenses paid, in March,” the ecstatic woman says.

Overcome with emotion, Nerima says: “I can’t even explain how I feel. I can only say alhamdulillah and shukran to Allah.

“I’ve worked so hard and it’s true, when one door closes, Allah opens another.

“Previously, I said I may never get to see the kaaba (grand mosque in Mecca), but alhamdulillah I will see the kaaba, inshallah.

“All this as my 60th birthday (in April) approaches.

“I want to say thank you to the Daily Voice, Moulana Abrahams, (lawyer) Fazloodien Abrahams, my family and especially this generous man who saw the article. May Allah bless you all greatly.”

The donor has asked to remain anonymous and did not want to comment.


⇐ Previous:
Makkah launches project to improve checkpoints for pilgrims
Next: ⇒
Hajj Expenses to Increase to Rs. 500,000 in the year 2020 – Research Snipers