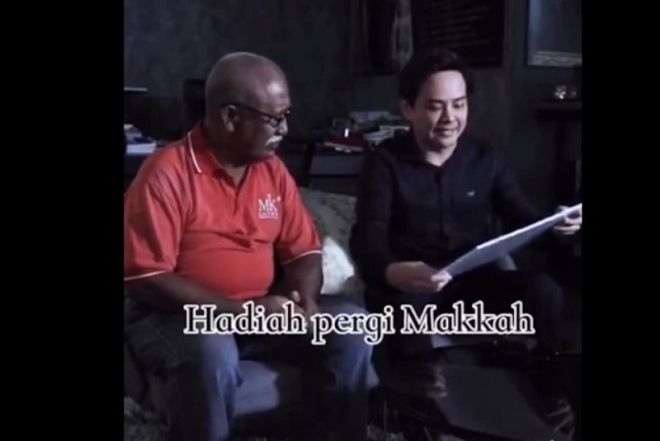 PETALING JAYA, January 22 — Datuk  Calvin Khiu, founder and group CEO of the MK Curtain Group surprised a member of his staff by giving him an all-expenses paid trip for 10 days to Mecca.

In a video posted on TikTok by Khiu yesterday, Shohor Abd Rashid, 67, appears to be caught off guard when he is presented with a card emblazoned with his name and the trip.

“I have always wanted to go to Mecca, as it is a dream come true for me,” Shohor said, who plans to go for the trip in March.

Khiu told Malay Mail that Shohor has been working with him for the past 10 years, adding that he was a good man and hard worker.

The trip to Mecca is the first he has given to his staff as the more common destinations are usually trips to Singapore, Korea, Japan and European countries.

“The trips are usually offered to staff who have excelled in the company by reaching their specific targets,” Khiu said.

However, this award given to Shohor was something out of the ordinary, as it is a special award not based on performance in the workplace.

Khiu, who is a businessman, started his own curtain business, MK Curtain Group in 2005 which sells customised curtains before branching into selling other products such as home decorations, carpets, wallpaper, and even handbags.

He also founded Outstanding Entrepreneurs (OE) to groom budding entrepreneurs by providing courses such as giving presentations, and talks.