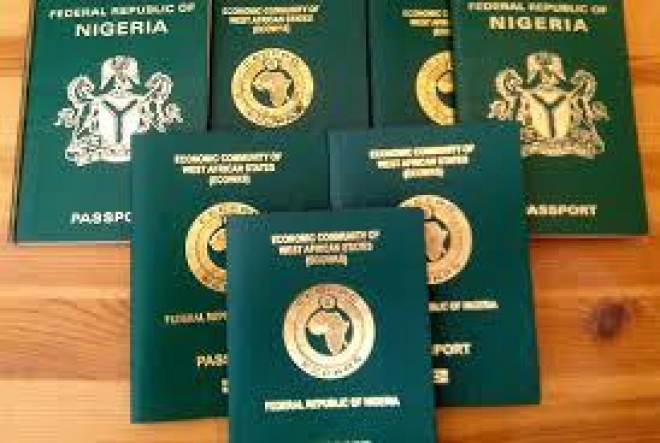 This was revealed Wednesday 19th February, 2020 when NAHCON Chairman and Chief Executive Officer, Alhaji Zikrullah Kunle Hassan paid a courtesy visit to the Immigration Boss as a step towards familiarization and preparations for a smooth and quick exit of Nigerian pilgrims during Hajj operations.

Alhaji Zikrullah appreciated the Nigerian Immigration Service (NIS) for the excellent working relationship between the two sister agencies. However, he decried the long waiting hours experienced by Nigerian pilgrims during outbound journey from Nigeria to Saudi Arabia. He implored the Comptroller –General, Muhammed Babandede to wade into the situation being a one time National Hajj Commission of Nigeria (NAHCON) Board Member representing the NIS under NAHCON’s 2nd board.

Responding, C. G.I Babandede congratulated Alhaji Hassan for his remarkable confirmation as NAHCON Chairman and prayed for the board’s success. He explained that the enhanced passport is designed to speed up documentation and clearance of travellers. He however drew the Chairman’s attention to the hiccups caused by delay in commencing preparations for Hajj. Babandede urged the delegation to ensure compliance to registration deadlines. In addition, he called on state governments to cooperate with NAHCON in its yearly quest to conclude Hajj arrangements early by state governments also planning early.

It was agreed by both parties that henceforth, NAHCON’s command and Control shall be working in unison with the NIS so as to shore-up a speedy screening exercise for pilgrims.

Meanwhile, in furtherance with the familiarization visits to stakeholders, the NAHCON CEO and his three permanent Commissioners on Thursday, 20th February made a courtesy call to the Ministry of Foreign Affairs (MOFA). Received by the Minister of State, Foreign Affairs, Ambassador Zubairu Dada and the Permanent Secretary, Mustapha Lawal Suleiman, Ambassador Dada congratulated the NAHCON leadership for the well-deserved appointment. He stressed the importance of cooperation between NAHCON and the ministry in the interest of innocent pilgrims most of whom are first timers that may not have travelled out of the country before. It is therefore a trust to make Hajj as easy as possible for them. Amb. Dada assured that their doors will always remain open for consultation and assistance when needed by the Commission. He prayed that the Almighty makes it easy for them to succeed and they will also be there to assist the team in attaining success.

In consolidation of this bilateral and excellent working relation between the two agencies, NAHCON Chairman informed that this prompted the visit to MOFA in this early days of his administration. He reaffirmed that the pilgrims stand to gain most from the existing cordiality. He recalled that most past leaders of the Commission are linked to MOFA, therefore there is no denying the fact that they need each other to succeed.

Alhaji Zikrullah reiterated his avowed mandate to see that Hajj is made affordable to the poor who struggle to fulfil this religious duty. To this effect, the Hajj Savings Scheme is a gateway. He disclosed that his leadership wants the best services to be provided to the pilgrims but at a reduced cost. Therefore, they intend to convince service providers to reconsider some of the chargers in order to bring down Hajj fare. Finally, the Chairman thanked the Minister, Permanent Secretary, NAHCON Board member representing MOFA, Amb. Nura Abba Rimi and other directors of the ministry for giving the NAHCON team audience.

This is the third courtesy visit embarked by newly appointed board members since the handing over ceremony from the Barr Abdullahi Mukhtar led board that took place on the 14th of February. The first was a visit to NITDA (National Information Technology Development Agency) to solicit support for further development of the Commission’s ICT’s technical skills.


⇐ Previous:
British Muslim spreads hope, inspiration on trek from London to Mecca
Next: ⇒
Marwan Al-Sulaimani, director general at the Ministry of Hajj and Umrah in Jeddah