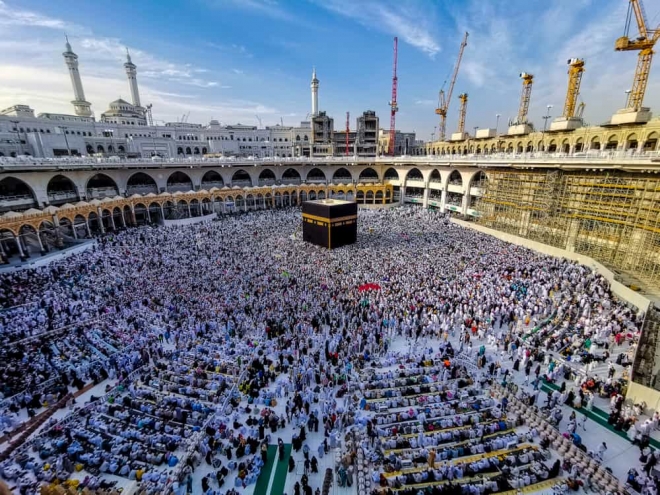 Saudi Arabia’s sudden move on Thursday (Feb 27) to temporarily suspend entry of umrah pilgrims as a measure to prevent the COVID-19 from reaching the country is sending India’s umrah sector into a tailspin.

All India Haj Umrah Tour Organisers Association (AIHUTOA) told Salaam Gateway there is a lot of “resentment” among many tour operators that they have to go through mental and financial stress due to the sudden decision.

“We know the Saudi government is doing this for safety reasons, but as far as I know there hasn’t been any case of coronavirus [in Saudi] yet. They could have done this in a time-bound manner by intimating that they will be stopping the entry in the next seven days, or 15 days or so,” said AIHUTOA chairperson Shoukat Ibrahim Tamboli.

He said this would have given tour operators some time to safeguard themselves against losses. “We wouldn’t have issued tickets. But once tickets are issued, the airlines won't’ listen to us.”

Tour operators say they generally book or block air tickets in advance, with most cheap flights coming with non-refundable clauses, meaning they will have to forego some or all of the fare if cancellation happens.

Tamboli said there could be some refund in food and hotels but visa charges are non-refundable, and refunds of air tickets generally depend on the terms and conditions of the airlines. “So, there will be a huge loss if trips had to be cancelled.”

He said a lot of disputes have already begun to arise between tour operators and travellers. “They are saying why should they pay for air tickets or hotels if they haven’t travelled or stayed in hotels.”

Industry players say licensed tour operators will be the biggest hit as they book or block groups under their names.

“The illegal operators or sub-agents may get away without returning the money to travellers. But we can’t do so. We can only request pilgrims to bear the loss. If they don’t listen, we have to pay from our pockets,” said the AIHUTOA chairperson.

The association is talking to airlines to reschedule or agree to refunds. Shaikh Mohammed Ayyub, owner of Ansaar Tours & Travels, said this will be difficult.

“Most of the tickets are non-refundable as those are booked in cheap prices offered by low-cost airlines, leaving us little scope for negotiation,” said the  Pune-based hajj and umrah operator.

AIHUTOA’s Shoukat Ibrahim Tamboli said the Saudi government should refund the insurance and visa fees to those who have not travelled. “We are going to write to Saudi authorities to consider our demand for refunding the visa fees or extending the time limit,” he said.

Most operators have stopped taking new bookings for the time being but those who continue to do so are telling travellers that their trip might get postponed.

“We are still taking bookings. We generally have groups going every week. So, we are telling people that if a particular group is postponed, they will be put in the next week, or the week after that,” said Yusuf Ahmed Kherada of Al-Khalid Tours and Travels, a Mumbai-based hajj and umrah operator. His agency sends around 100-150 people for umrah every month.

UP TO 3 bln RUPEES IN LOSSES?

Tour operators say around 5,000 to 7,000 umrah pilgrims depart every day from India.

“Generally, umrah takes place during eight to nine months in a year. If you calculate that, on an average 40,000 to 50,000 pilgrims travel every month from various parts of India,” said Shaikh Mohammed Ayyub.

He said demand is generally low during the months of February and March due to school exams but it picks up from April onwards to its peak during Ramadan.

Doing a rough calculation on the expenses incurred for visa, hotel, and air tickets, he said it costs around 60,000 – 70,000 rupees ($976) per head to perform an umrah pilgrimage.

“So, if you multiply that with 50,000 pilgrims in a month, it comes to around 3 billion rupees ($41.85 million). So that would be the loss to the industry for a month if all trips are to be cancelled,” he said. “If it stays for a week or 10 days, then the loss will be less,” said Ayyub.

He is also concerned that airlines will take advantage of this situation by hiking airfares. “Even if it remains closed for 15 days, the price of air tickets will double because there will be a big rush.”

In India, he said, people have a mentality that they should go at any cost once they are booked. “They won’t want to postpone it to next year or so,” said Tamboli.

He said they do not know how long the suspension will continue and are keeping in close contact with the team in Saudi Arabia for any updates. However, the official clarified that other Air India flights to Saudi Arabia were operating as usual and that the airline was only grounding umrah travelers.

Other Indian carriers including IndiGo, SpiceJet and GoAir that carry passengers for umrah pilgrims are expected to follow suit.