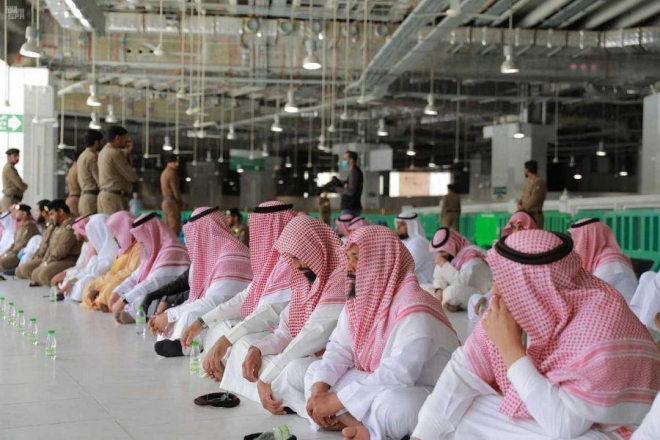 The Imam of the Grand Mosque (Alharam) in Makkah and the Imam of the Prophet's Mosque in Madinah urged people in Friday Prayer's Khutbah to cooperate with government measures and precautions in the health field, praising the leadership and government's efforts in this regard for both citizens and residents.

In his Friday sermon delivered at the Grand Mosque in Makkah, Sheikh Dr. Abdullah bin Awad Al-Juhani said that Islam "urged protection and initiated rulings to guarantee that."

He stated that the measures and precautions taken by the government of the Custodian of the Two Holy Mosques are based on Sharia foundations before the scientific ones, adding that the government made a great efforts and it is our duty to be of assistance to the government by following the instructions for the protection of all of us.

He called people to see the needs of the elderly, the weak and the needy in this difficult circumstance.

In Madinah, Sheikh Ali Abdulrahman Al-Hudhaifi called in his Friday sermon on people to cooperate with leadership to take precaution and to ensure prevention and adherence to health guidelines.

He praised the work and efforts made by the government and the wise leadership in the interest of the health and safety of citizens and residents.