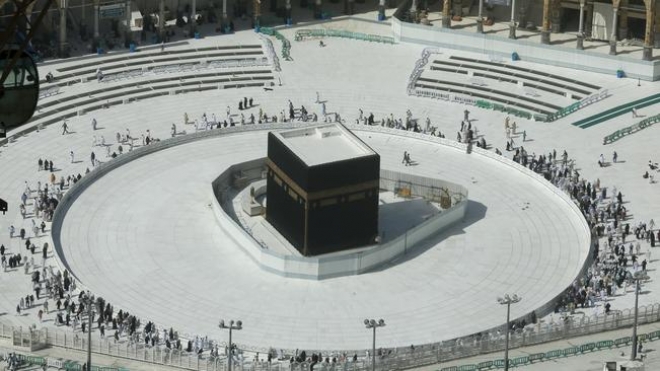 Cape Town - The continued infections of the coronavirus worldwide and the depreciation of the rand have put a spike in the plans of thousands of South African Muslims to go on the annual Hajj pilgrimage.

The Hajj has been placed on hold until further notice because of the Covid-19 pandemic. About 3430 people in South Africa had been accredited to go on the pilgrimage.

The pilgrimage is undertaken yearly by Muslims during Hajj season, to the sanctified cities of Makkah and Madinah in the Kingdom of Saudi Arabia.

All travel to the Kingdom has been suspended after the country announced a lockdown and partial curfews in seven neighbourhoods in on Saturday.

This has prevented Muslims across the globe from going to the Hajj at the end of July until the start of August. Those intending to make the non-obligatory visit (Umrah) are also in limbo.

Gulf News reported on Sunday that Saudi Arabia had a total of 2402 confirmed Covid-19 infections and 34 deaths from the virus.

The director at Al Safir, Sedick Steenkamp, said they were unsure when the suspension would be lifted and it seemed unlikely people could go for Umrah during the month of Ramadaan.

Steenkamp said: “The Saudi government informed the whole world not to commit to any further obligations with airlines and hoteliers until the path of the coronavirus becomes clear.

They stated that it is too early to say whether Hajj would be cancelled or continue at this stage. We will wait for any further information from the Saudi authorities before we do anything further with Hajj plans.”

He said it was too early to speculate on refund issues for Hajj, and once more clarity is given, repayment procedures would be dealt with. He added that due to the significant weakening of the rand, a number of voluntary cancellations because of money issues could be expected.

The president of the SA Hajj and Umrah Council, Shaheen Essop, said many people had received accreditation for travel and made the necessary arrangements for the trip.

He was speaking on Johannesburg-based radio station Radio Islam International.

“South Africa can’t make a decision on its own without the necessary input from the Ministry of Hajj, or from our counterparts in Saudi Arabia. At the end of the day, we are their guests when we do embark on this journey for Hajj. As a result of this, we need to pay close attention to what is currently going on in that particular country.”