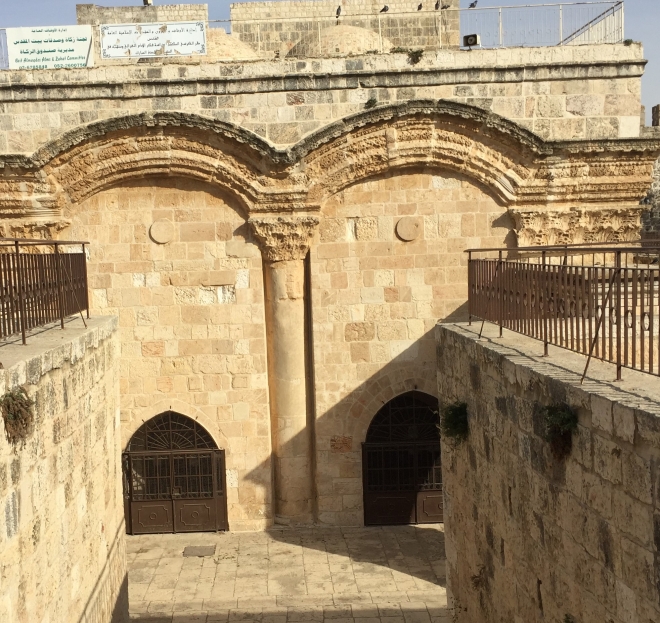 JERUSALEM, Monday, July 13, 2020 (WAFA) – The Islamic organizations in East Jerusalem today rejected an Israeli court ruling to close Bab al-Rahma prayer area inside Al-Aqsa Mosque compound in Jerusalem’s old city, stressing that everything within the walled holy compound is purely Islamic and Israel has no rights or authority over it.

The organizations, including the Waqf, which is a Jordanian government department, said in a statement that the Israeli police informed them of an Israeli court ruling issued on July 2 to close Bab al-Rahma prayer area for Muslim worshippers.

“Bab al-Rahma prayer area is an integral part of the holy Al-Aqsa Mosque, which is for Muslims alone by a divine right and not subject for negotiations or concession of even one grain of its soil,” said the organizations.

“Al-Aqsa Mosque is higher than to be subject to any decision by courts regardless of their status or any political decision,” they stressed, adding, “Muslims do not accept or recognize these illegal occupation decisions, and therefore will not abide by them.”

“The occupation decisions are contrary to freedom of worship and contrary to international laws and norms,” said the Islamic organizations, holding the Israeli government responsible for any harm that will befall Al-Aqsa Mosque, the third holiest site in Islam after Makkah and Medina in Saudi Arabia.

Muslim and Palestinian leaders accuse Israel to trying to change the decades-old status quo at the 144-dunum walled holy compound that composes Al-Aqsa Mosque and the Dome of the Rock, in addition to several other prayer areas, including Ban al-Rahma.

They warn that such a move could trigger a violent religious strife in the entire region that can be devastating.