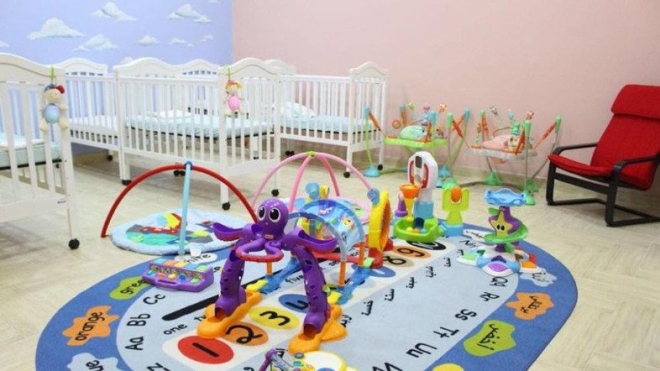 Saudi Arabia’s Department of Education in Makkah, in collaboration with the coordination council of the local Haj companies and other concerned government and private bodies, will open seasonal nurseries and kindergartens in Makkah to take care of the children of pilgrims while their parents perform the pilgrimage rites.

Director of Education in Makkah Mohammed Bin Mahdi Al-Harithy said there would be 18 seasonal nurseries and kindergartens with a combined capacity of 585 seats to receive the children of the pilgrims at a fee of 2,500 riyals per head.

He said all the teachers in the nursery and kindergartens would be women who are qualified and well trained.

READ ALSO: Kids at Hajj: Should your little one become a pilgrim?

Harithy said there would be nurses to provide healthcare to the children and follow up their health conditions 24 hours a day.

"These institutions will meet the educational, entertainment, sustenance and healthcare needs of the children and will take good care of them until the Haj is over," Al-Harithy said.

He said the parents would be allowed to visit their children and stay with them especially on the Eid Al-Adha day.

Harithy said a language teacher would receive the children of various nationalities and would communicate with them in their own language.

"We have prepared booklets about the nurseries and kindergartens in five languages in addition to Arabic," he said, adding that the booklets are published in English, French, Turkish, Malay and Hindi.

The director said the seasonal nurseries and kindergartens would extend simplified educational programs, games, entertainment programs, and other activities in addition to religious and awareness programs about the Haj.

Nutritious meals have been prepared for the children with assistance from nutritionists, Al-Harithy said.