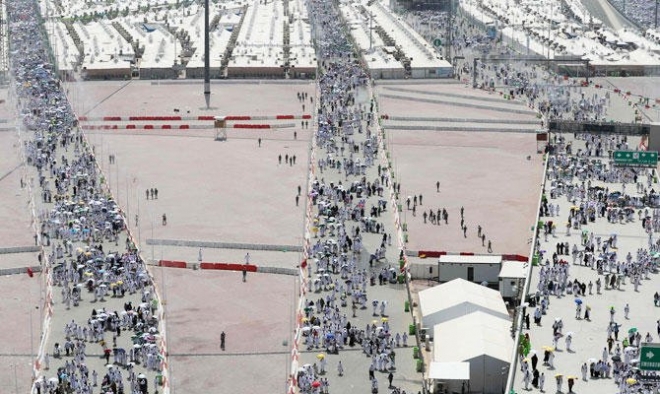 JEDDAH: More than 1.3 million pilgrims are expected to arrive in Saudi Arabia for this year’s Hajj season, and more than 200,000 “domestic pilgrims” have also registered for services including the “low-cost Hajj,” “affordable Hajj,” and “general program,” the Ministry of Hajj and Umrah announced on Sunday.

Deputy Minister of Hajj and Umrah Abdulfattah Mashat said that the ministry had worked hard to ensure that all programs and facilities to receive guests in accordance with the highest standards were in place well in advance of the season. He said that its electronic platforms had also helped to make the process easier.

Mashat expressed his hope that all pilgrims would enjoy Hajj in comfort and safety and that God would accept their prayers and that they would return safely to their home countries after performing their pilgrimage.

This Hajj season pilgrims will also be able to try out the latest mobile hotel capsules — sleeping units that offer hotel room services and facilities in the smallest possible space, Hadiyah, the Hajji and Mu’tamer’s Gift Charitable Association has announced.

These capsules can be placed side-by-side or on top of each other, with a height of two units. When the capsules are stacked a three-step staircase gives access to the top capsule.

Capsules are fitted with a sliding door at the end that can be opened by a magnetic card for each user, to ensure privacy.