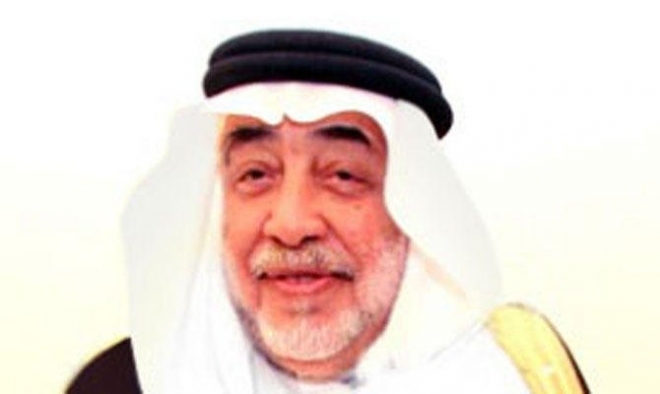 Saleh bin Zain Al-Abidin Al-Shaibi is the senior caretaker of the Kaaba, coming from a family that has been in charge of caring for the holy structure for centuries.

Al-Shaibi received the new Kiswa for the Kaaba from Makkah Gov. Prince Khaled Al-Faisal on Sunday, which will be placed on the Kaaba on the day of Arafat.

The Kiswa preparation takes several months, and it took 170 craftsmen to put it together.

Al-Shaibi was born in Makkah, and holds a doctorate in Islamic studies. He initially worked as a university professor, and has published several books on religion and history.

His family has been assigned the role of the caretaker of the Kaaba since the conquest of Makkah and Al-Shaibi is the 77th caretaker from the same family.

The family has been in charge of the affairs of the Kaaba, inside out, cleaning, washing and ironing and repairing its Kiswa if it is torn apart, receiving its visitors and everything related to it.

Saleh Al-Shaibi became caretaker of the Kaaba in 2013 after his uncle, Abdulqader Taha Al-Shaibi, passed away.

The guardianship of the Kaaba has been entrusted to the sons of Al-Shaibi and their successors, as a tradition that was commenced by Prophet Muhammad (peace be upon him) after the conquest of Makkah in the 8th year of Hijra. He handed the key of the city to Uthman Ibn Abi Talha and ordered that the honor should forever remain only in his family.

The guardianship of the Kaaba remained in Bani Shaibi, handed on to the elders of the family until today. At present, the functions of the caretaker are limited to the opening and closing of the Kaaba. The royal court, the Interior Ministry and the emergency forces coordinate with him if there are any state guests.