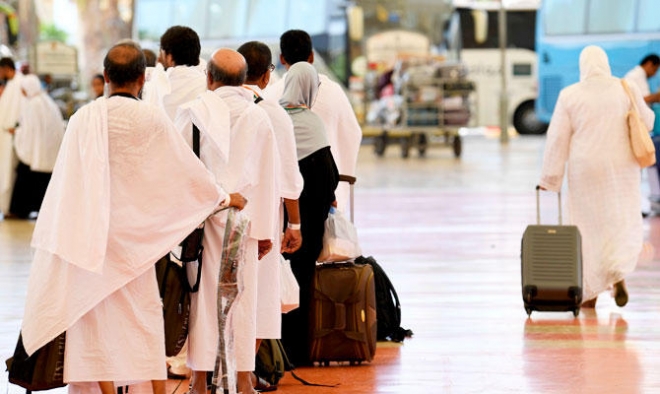 JEDDAH: Five hundred Palestinian pilgrims — relatives of those killed by Israeli forces — arrived in Makkah from the occupied West Bank on Thursday.

They were received with flowers, Zamzam water, dates and coffee.

Upon the completion of the reception ceremony, the keys of the rooms, data SIM cards with free calls, and a Hajj kit, were given to the pilgrims.

They thanked King Salman for his support of the Palestinian cause, for hosting them, and for giving them the opportunity to perform Hajj.