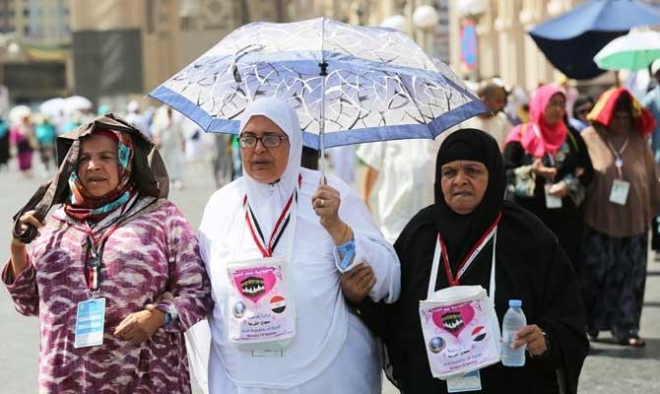 JEDDAH: Tears of joy and complex feelings flowed as 1,000 pilgrims — families of the martyrs and wounded men of the Egyptian army and police — arrived as guests of the King Salman for the Hajj and Umrah Program 2018.

The pilgrims were given roses and Zamzam water as well as the keys to their rooms at their residence in Makkah.

The chairman of the committee of the Egyptian guest pilgrims, Abdul Aziz Nasser Saleh, said that preparations had been carried out as planned under the direct supervision of the Minister of Islamic Affairs Dr. Abdullatif Al-Asheikh.