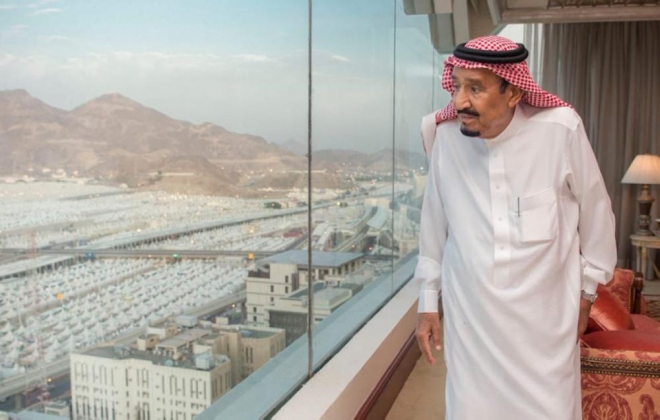 MINA — Custodian of the Two Holy Mosques King Salman arrived in Mina on Monday to oversee the Kingdom’s Haj operation. The monarch was reassured of the services and facilities being extended to Haj pilgrims by the Saudi authorities so as to enable them to perform their rituals in ease and comfort.

Minister of Interior and Chairman of the Supreme Haj Committee Prince Abdul Aziz Bin Saud Bin Naif and several other high ranking officials received the king at the Mina Palace.

Meanwhile, the King and Crown Prince Muhammad Bin Salman, deputy premier and minister of defense, sent cables of greetings to several kings and heads of state from the Arab and Islamic countries on the occasion of Eid Al-Adha. They wished that the Eid would bring more security, stability, progress and prosperity to the Muslim Ummah. The King and Crown Prince also received similar cables from many heads of state and leaders of Islamic countries.