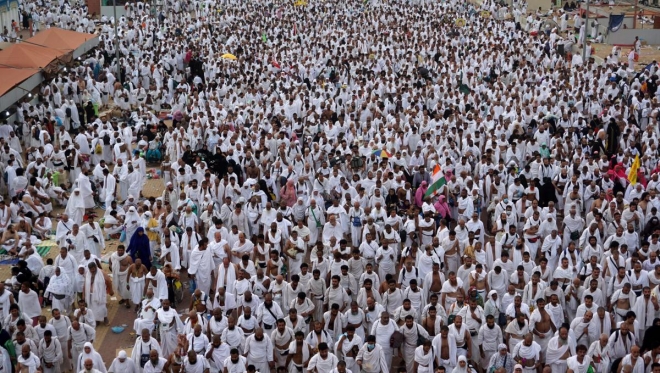 ARAFAT: Pilgrims from around the world have expressed their gratitude for the services provided to them by the Saudi authorities, and praised the quality.

“Despite the small size of the holy sites area and the massive gatherings of pilgrims coming yearly to this place, Saudi Arabia has succeeded in managing the huge crowds,” said Jihad Obaid, an Iraqi pilgrim performing Hajj for the first time. The only thing he does not like is the hot weather, but the water sprinklers installed along the way have been a great help, he added.

“These sprinklers reflect how caring the Saudi government is,” he said. “We all know that man can’t control weather challenges, but the preparations made to protect pilgrims is a sign of the great efforts to help pilgrims carry out their rituals comfortably.”

Mas’ood BuHadji, from Algeria, thanked the security guards for the work they do for pilgrims.

“I would like to extend my thanks and appreciations to the security men who spare no effort in assisting the pilgrims to easily complete their rituals,” he said. “Although I am not Saudi, I feel proud of these Muslim security men, whose job here is not only to secure pilgrims a safe Hajj, but also offer them bottles of cold water.

“Hajj is now easier than ever; the Jamarat Bridge, the services and everything.”


⇐ Previous:
Amenities provided for pilgrims on Arafat
Next: ⇒
Hajj is a great business opportunity for young Saudis