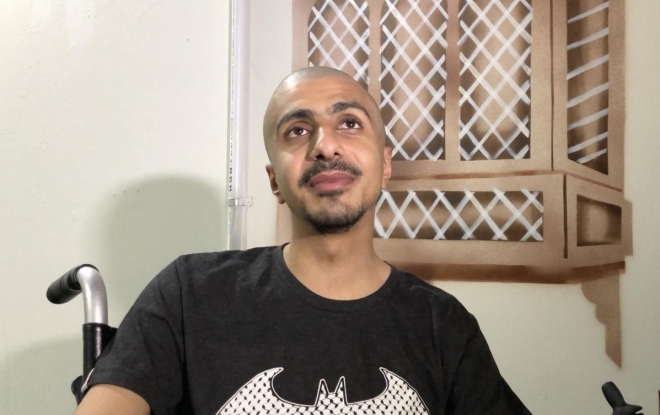 MINA: Abbas Al-Mehdar, a veteran Hajj pilgrim from Jeddah, has a favorite moment from this year’s Hajj, which he undertook with his family.

High temperatures and humidity were experienced at Arafat on Sunday evening as pilgrims gathered for Monday’s day of standing at Arafat.

“This year when we entered Arafat it was a really nice moment. The second we entered our camp it started raining. It was like a mercy from Allah. I was relieved and I was happy. I felt it was a good start.”

The rain provided welcome relief from the heat. Al-Mehdar, who has special needs and performs Hajj from a wheelchair, said that the only difficulty with performing Hajj is the hot summer weather as it is regularly hot in the daytime especially at noon. He advised that it is essential that all pilgrims have to be prepared for that.

Al-Mehdar added that he had an umbrella on his wheelchair to provide shade as he performed his spiritual rituals for Hajj. “Always be prepared for things that you would need for Hajj because it is not a picnic,” he advised.

He added that it is also important to be patient because everyone on ground is working hard doing their best to help ease the experience for pilgrims. “We, as pilgrims, also have to do the best from our side,” he said.

Al-Mehdar said that he likes to perform Hajj because it constantly makes him improve his experience. He hopes that he will be able to perform Hajj every year. For him, the best part of going to Hajj is when he gets a chance to share experiences and tell people about his spiritual journey.

He gave this year’s facilities the thumbs-up, describing the camp that he stayed in as “being like a VIP’s facility.”

He added that anyone can be hosted by the Hajj forum by the Ministry of Hajj and Umrah and that everyone is friendly.

“What is very nice is that you are not lacking any sort services. For example, we have ice cream, we have shawarma. There is a barber in our camp, we have three set meals a day free to ensure we get the best hospitality.”