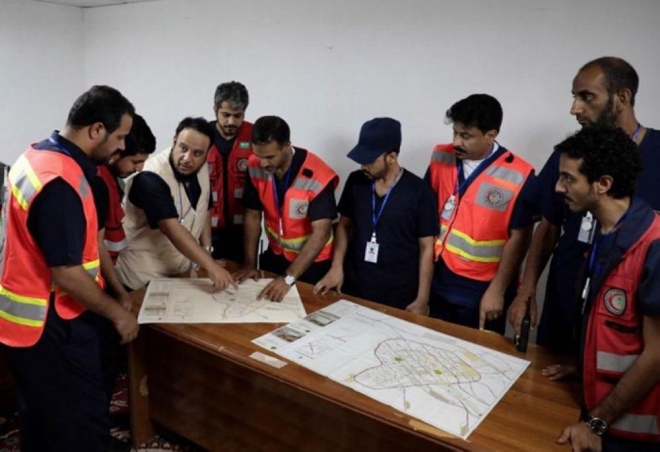 MAKKAH — The emergency teams from the Saudi Red Crescent Authority continued serving pilgrims on Thursday, the fifth day of Haj.

As many as 66 teams have been deployed in Makkah and at the holy sites. More than 20 emergency teams were deployed on Thursday around the Grand Mosque in Makkah in the wake of the growing number of pilgrims headed to the holy mosque to perform the farewell tawaf, the last ritual of the annual pilgrimage.

These teams are comprised of 86 persons including 20 doctors, 26 paramedics and more than 40 volunteers. Nine teams were deployed in Aziziyah, Misfala, Awali and Hajoun and five teams each near Ali Gate and Mahbes Jinn areas close to the Grand Mosque.