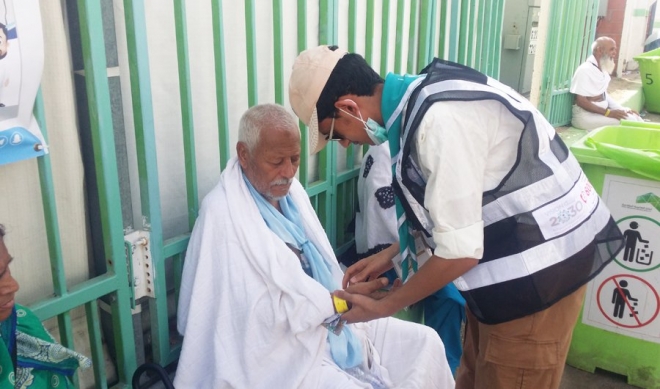 MINA: More than 4.500 boy scouts participated in the 2018 Hajj, helping more than 90,000 pilgrims from all over the world to perform their spiritual rites.

According to the Saudi Arabian Boy Scout Association website, they helped more than 94,980 pilgrims of different nationalities. Scouts ushered 10,732 lost pilgrims around the holy sites, orienting more than 84,200 pilgrims to their destinations using maps, smartphones and other electronic location devices.

The association had recruited about 500 scout commanders to work at eight Mina guidance centers.

The Saudi Arabian Boy Scout Association has been helping both pilgrims and ministries during Hajj seasons for nearly six decades.

Aishan Al-Kurai’e, a scout leader at guidance center No. 5 in Mina, told Arab News: “If the pilgrim is elderly or exhausted, we take them in a wheelchair to their place,” he said. He added that some of their members help the health and trade ministries with Hajj works.

The scouts arrived a few days before the pilgrims in order to take part in training programs briefing them on how to carry out their tasks, he added.

“We arrived at the holy sites a few day before the pilgrims arrived so that the scouts could get an idea about the places in which they would work, understand the directions, learn how to register information and be ready to help,” Al-Kurai’e said.

Before taking up their tasks, the scouts took a test to make sure that they would be able to do the work.

After Ahmed Al-Khazmari, 17, had finished helping a Libyan pilgrim, the scout from Al-Baha region told Arab News that his contribution to serving pilgrims has added a lot to him at both the personal and practical levels.

“Although assisting pilgrims during Hajj is a strenuous task, it is joyful and rewarding,” he said.

“This Libyan pilgrim looked very tired and he did not know where his camp was. I had a look at the information on his wristband and searched for his place on the map. I immediately knew the exact location of his camp. I, then, called for a wheelchair to take him to his tent. It might have been an easy thing to me, but you can imagine how the service seemed to the man,” he said.