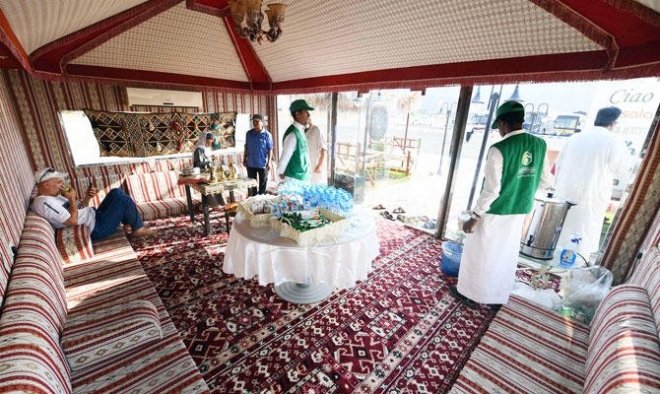 JEDDAH: Madinah Charity Society began the distribution of more than 500,000 meals and 600,000 water bottles to pilgrims visiting the holy city during the post-Hajj season.

Fayez bin Taleb Al-Ahmadi, general supervisor of Madinah Gift Project, said that the total meals to be provided to pilgrims were 1 million, in addition to 1.5 million bottles of water.

After the completion of Hajj, many pilgrims visit sites of historical interest in the two Holy cities.

Dr. Fawaz Al-Dahas, director of the Center for the History of Makkah, said such visits are of cultural significance as they enrich pilgrims’ knowledge. He stressed the need to preserve Makkah’s rich historical value, adding that tourism companies had to share that responsibility.

Researcher Saad Al-Joudi said many people — particularly researchers and students — are very interested in the history of the historical sites of the Kingdom, which is regarded as the heart of the Islamic world and is visited by millions of pilgrims every year during the Hajj season.

Al-Joudi noted that there were dozens of important historic sites in the region.