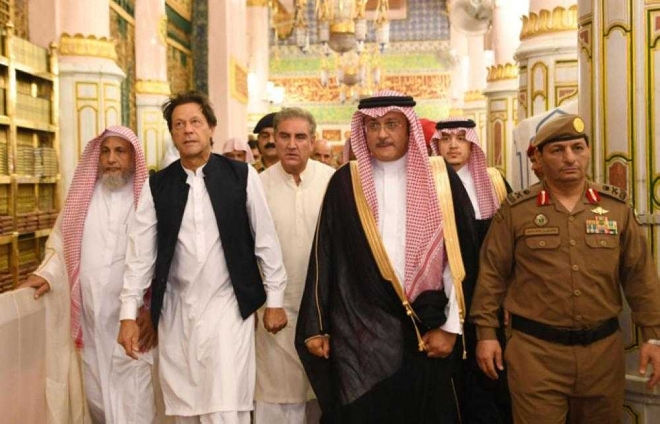 Earlier, he visited the Prophet’s Mosque in Madinah where he performed prayers.

This is the first foreign trip of Imran Khan to any country after assuming charge as prime minister of Pakistan.

The two-day visit is in response to an invitation from Custodian of the Two Holy Mosques King Salman.

He will hold wide-ranging talks with the King and Crown Prince Muhammad Bin Salman, deputy premier and minister of defense.