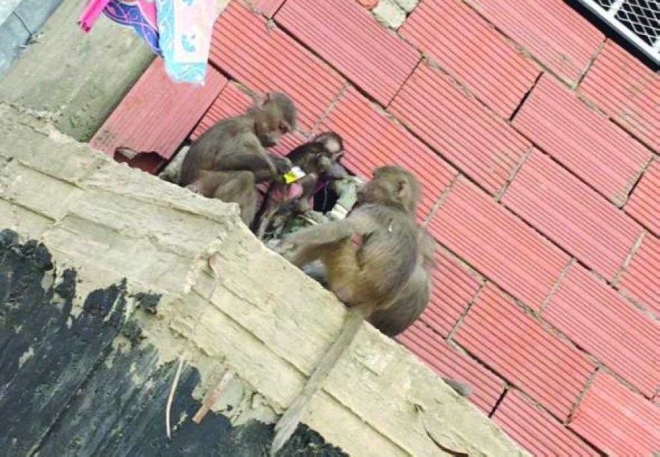 Assistant director of Makkah municipality for cleaning, Muhammad Bahareth, told Makkah daily that monkeys were smart enough to sense danger from the uniform of municipality officials and their cars and they immediately escape to avoid capture. This forced the municipality teams to change their uniforms and cars to go undetected by the primates.

He said the trick of adding drugs to bananas as bait had not worked because monkeys can distinguish it from the taste.

Since the previous method has not proven effective, the control team has switched to another method, which is adding drugs to juices but to no avail.

The team is working to find a new approach in coordination with the wildlife authority to take advantage of stray monkeys.

Regarding stray dogs, the control team has captured 656 of them during the last 10 months. The committee is now working to find alternative solutions to avoid culling the harmless stray animals.