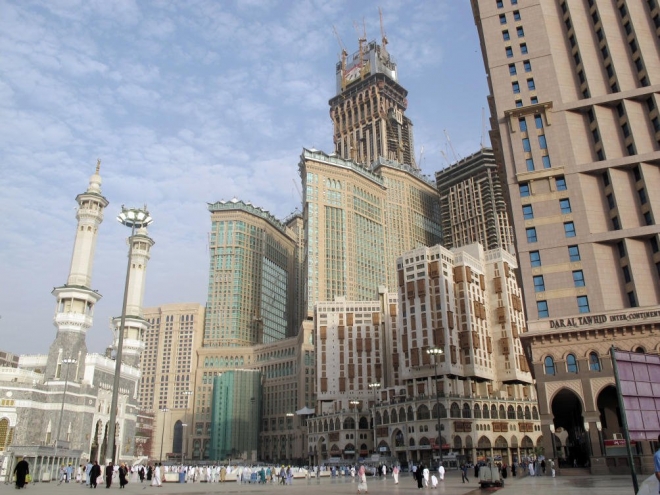 LONDON: The Saudi developer behind the transformation of the center of Makkah — Jabal Omar Development Company — has returned to profit in the third quarter after a string of losses over the last year.

The change in fortune will be welcomed by the Tadawul-listed company as it pushes forward with its luxury hotel, residential and retail developments being built to meet the anticipated growth in demand from visitors and pilgrims to the holy city.

Net profit — minus Zakat and tax — reached SR469.62 million ($125.13 million) for the three months ending Sept. 30 in a Saudi exchange filing on Tuesday. This compared to a loss of SR593.97 million recorded in the same quarter last year.

Jabal Omar said the improved profits were due to increased revenue from sales of residential units.

The developer also cited a “positive performance” within its commercial sector as well as a reduction in some of the company’s financial burdens.

It is a project being managed by Dubai-based Emaar Hospitality Group — the company behind the high-end “Address” hotel brand. Jabal Omar said is looking to sell 741 freehold units.

The project marks the first time Emaar’s ‘Address Hotels and Resorts’ brand has expanded into Saudi Arabia. It is scheduled to open in 2019 and it will be just a few steps away from the Grand Mosque.

Market commentators say they expect demand for luxury hotels and other residential projects in Makkah to continue to be “strong” in the coming year — something Jabal Omar Development Co. will be keen to capitalize on.

“There has always been high demand for luxury residences in Makkah close to the Haram, driven by the prestige and special status of the location as well as the limited supply,” he said.

“Once the ongoing expansion works are complete, the visitor numbers are set to increase substantially. Consequently, we do not foresee any risk of overcapacity in Makkah in the foreseeable future,” he added.

He added that alongside the growth in luxury developments, there is also a “growing need” for midscale and economy hotels and apartments.

“We believe that there is also need for upgrade of the existing stock as a large proportion of them do not fully conform to international quality standards and guest requirements,” he said.

Christopher Lund, head of hotels, Mena, at the consultancy Colliers International, noted that the luxury sector tends to perform better than other parts of the Makkah hospitality market.

“The 5-star upper-upscale and luxury hotels in Makkah have outperformed the overall market, achieving a 12 percent higher occupancy level year-to-date September 2018, which is primarily due to the fact that the 5-star hotels are located in the most prime locations in the central area,” he said.

“So far in 2018, hotels in the central area have achieved a 49 percent higher RevPar (revenue per available room than the overall Makkah quality hotel market.”


⇐ Previous:
Heavy rain in Makkah, Jeddah and many other regions
Next: ⇒
Hajj expenses likely to rise under govt scheme