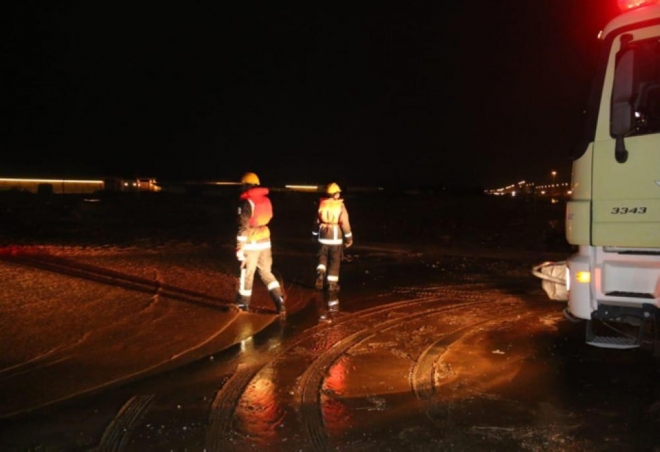 The vehicular traffic was disrupted and normal life affected in many cities.

The mayoralties in Makkah, Jeddah and other cities swung into action to clear water from roads and streets, especially in the low-lying areas.

The crisis and disaster management center at Makkah emirate urged citizens and expatriates to take utmost caution in view of the possibility of continuing inclement weather in Makkah, Jeddah, Taif, Bahra, Jumoom, Dahban, Osfan and Thuwal.

Naif Al-Sharif, spokesman of the Civil Defense in Makkah, said that the general department of Civil Defense has started implementing its emergency plan following heavy to moderate rain experienced in the holy city. The department had received several calls about vehicles trapped in rain water from several regions in Makkah.

In Jeddah, the mayoralty has deployed 1,700 workers and 837 equipment, including 329multi-size suction pumps,following heavy rain in most parts of the city.

Heavy to moderate rains also hit many other provinces, including Hail, Tabuk, Al-Baha, and the Northern Border Region.

The General Authority of Meteorology and Environmental Protection recently predicted of inclement weather and rain in various regions of the Kingdom. — SG/SPA