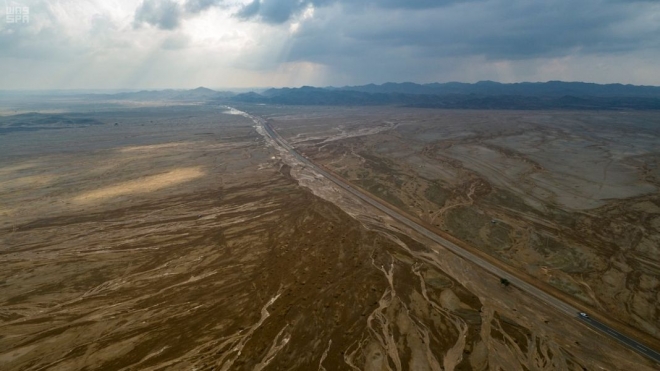 JEDDAH: Meteorologists in Saudi Arabia have issued a red warning for heavy rain in Madinah province.

Civil defense teams have been deployed in preparation to respond to any flooding.

Heavy rain has caused flooding across the Kingdom in recent weeks with a number of fatalities and disruption for transport.

The General Authority of Meteorology and Environmental Protection said Friday further torrential rain was forecast for several regions of the Kingdom.

Maj. Abdulaziz bin Farhan Al-Shammari, a civil defense spokesman in Tabuk, said they were working on clearing recent floodwaters in inundated areas, valleys and coastlines throughout the province.

He said they had received several emergency calls from people, some of whom had there homes flooded in Taima and were forced to evacuate.

Civil defense teams in Amlaj rescued a family of seven people who were swept away by floods in a mountainous area. They are all escaped unharmed.

Al-Shammari warned of the dangers of floods and rain, stressing the need for citizens and residents to cooperate and follow the warnings issued by the civil defense.

It also warned people to stay away from valleys, as they will be at risk of being swept away by floods or exposed to electric currents.