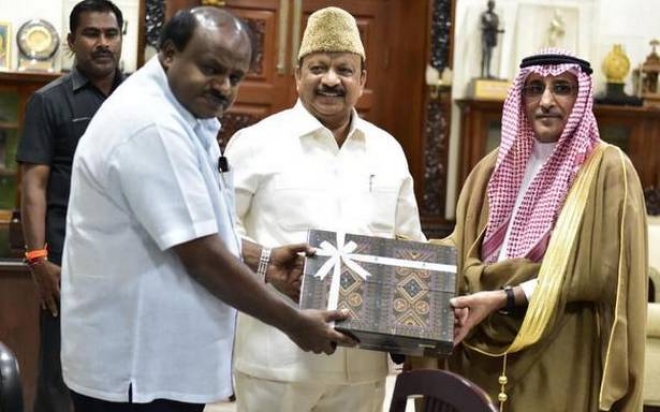 About a 100 years ago, a woman philanthropist from Bengaluru had set up a school for girls in Mecca, Saudi Arabia.

On Tuesday, many people in Bengaluru were in for a pleasant surprise when Saudi Arabia Ambassador to India Saud Mohammed Al-sati shared this information during a meeting with Chief Minister H.D. Kumaraswamy. The ambassador informed that they had all the records pertaining to the woman, named Saulath Unnisa, and expressed a desire to honour her family members if they could be located.

Karnataka State Haj Committee Chairman and former Minister Roshan Baig told The Hindu that they would try to trace the family. “These days, we take a five-and-a-half hours flight to Jeddah for Haj or Umra. But back then, pilgrims would have to take a ship from Bombay and sail for a fortnight to reach Mecca. It is a great contribution by the lady at that time,” he said.

Meanwhile, one of the long-standing demands of pilgrims and the large Kannadiga diaspora in Saudi Arabia for a consulate in Bengaluru could be fructifying shortly.

According to Mr. Baig, around 50,000 pilgrims travel from Karnataka annually for Haj and Umra. This is apart from a large number of people employed in Saudi Arabia.

The ambassador is learnt to have told Mr. Kumaraswamy that work on establishing the consulate is in progress, and it is waiting for approval from the Ministry of External Affairs. The ambassador said that the number of people seeking a visa to Saudi Arabia had doubled, and that it was the reason for opening a consulate. Currently, residents of Karnataka have to travel to Mumbai for the paperwork.

Mr. Kumaraswamy welcomed the move to open a consulate in Bengaluru, and also invited Saudi Arabian businessmen to invest in Bengaluru.