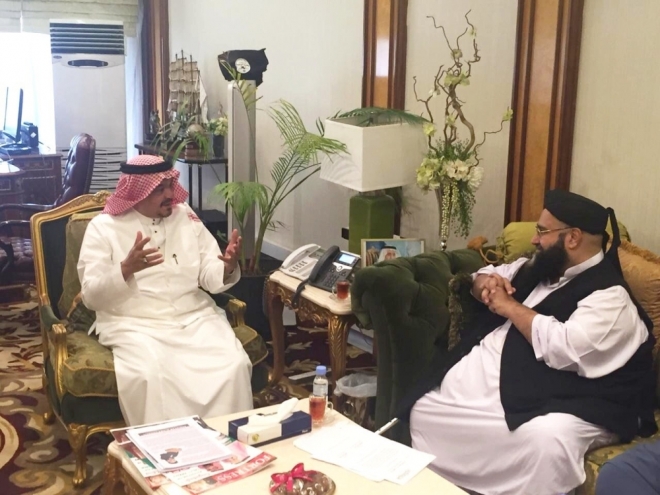 JEDDAH — Asian countries have been maintaining their top position in terms of the number of Umrah pilgrims visiting Saudi Arabia. Pakistan remained on top of the list with a total of 426,969 pilgrims arriving since the season started three months ago.

Indonesia came second with 256,677 pilgrims followed by India with 210,841 pilgrims, according to the latest statistics released by the Ministry of Haj and Umrah.

The Kingdom has issued a total of 1,723,749 Umrah visas to various nationalities, out of which 1,348,161 pilgrims arrived in the country while 1,029,951 of them returned home after performing the minor pilgrimage, the ministry said. It said 318,210 pilgrims remained in the Kingdom.

The annual pilgrimage plays a significant role in Saudi Arabia’s tourism industry, with the government aiming to receive 15 million Haj and Umrah visitors annually by the year 2020 and 30 million by 2030.

The weekly data also included the number of Saudis working with Umrah companies and institutions. There are 8,899 Saudi employees including 7,432 males and 1,467 females.

Aiming to reach out to the Asian pilgrims, concerned parties including traders, passport officials and health workers in the holy cities and Jeddah speak Urdu, Bahia Indonesia and other Asian languages. Lately, there is an overwhelming interest to learn Bahasa, the prime language spoken in Indonesia.

The weekly indicator was launched to enable the authorities to track the number of pilgrims coming into the Kingdom, and in turn, enrich their experiences by providing high-quality services.