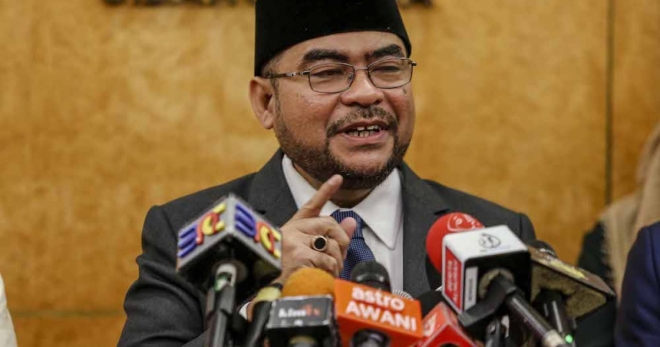 KUALA LUMPUR, Dec 10 — Lembaga Tabung Haji (TH) has been paying out dividends illegally since 2014 while its financial position remained in the red, the minister in the Prime Minister Department’s in charge of Islamic religious affairs revealed today.

“The hole is getting bigger. This cannot be sustainable,” he told reporters at Parliament.

He added that that in order for dividends, or hibah as they are called in Islamic financial terms, to be paid, two prerequisites under the Act that must be fulfilled.

“First, TH assets must be more than its liabilities and second, there must be distributable profits,” Mujahid said.

He gave an assurance that the federal government’s foremost priority is to safeguard the depositors’ money.

In light of the latest findings, Mujahid said a special purpose vehicle has been set up to conduct a comprehensive turnaround to restore TH’s balance sheet and maximise recovery efforts of underperforming assets.

“TH, through the Prime Minister’s Office, has briefed the Cabinet, with the Cabinet fully endorsing the measures to be undertaken to win back the confidence of the depositors. That is precisely what the new team has done.

“Therefore, to ensure long-term sustainability and resilience, TH will be placed under the supervision of Bank Negara administratively from January 1 next year,” he said.

Mujahid, who is also Parit Buntar MP, assured depositors that dividends for 2018 will be paid out.

However, he said the amount will depend on the present restructuring efforts undertaken by new TH CEO Datuk Seri Zukri Samat and the fulfilment of the two prerequisites.

“Our accounts for this year have not been closed yet so the payment amount will be announced at a later date.

“However, I am confident that depositors will be able to receive their dividends following the recovery efforts made subject to the fulfilment of the two prerequisites even though it might not be much,” Mujahid added.

There are at least 9.2 million TH depositors nationwide.

On December 3, former chairman Abdul Azeez claimed the two police reports that were lodged against him over the alleged misuse of a charity fund’s money totalling over RM22.0 million for politically-linked activities were made with bad intentions.