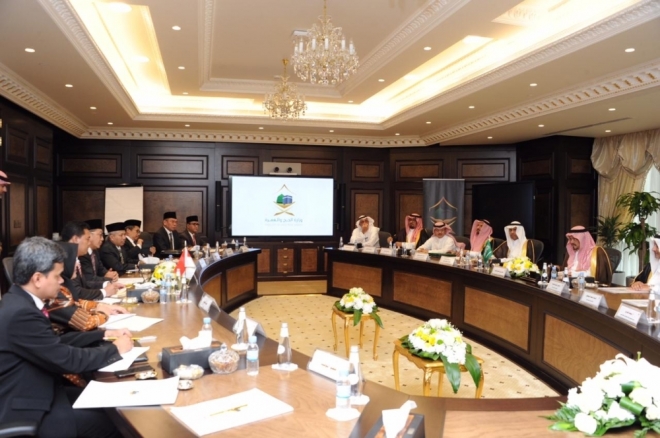 JEDDAH — Indonesia, which has been sending the largest contingent of pilgrims to the annual Haj in Makkah, on Monday signed the bilateral agreement with Saudi Arabia regarding arrangements for the 2019 season.

Deputy Minister of Haj and Umrah Abdulfattah Bin Sulaiman Mashat, Secretary for Services in the Ministry of Haj Mohammed Bin Saleh Sharikh and other senior officials was present from the Saudi side at the signing ceremony following wide-ranging discussions. From the Indonesian side, religious affairs officials including a quality assessment team, Consul General Mohamad Hery Saripuddin and other senior officials attended.

Indonesia asked Saudi Arabia to increase its existing quota to cater to the growing waiting list of pilgrims, according to officials.

They also the said it sought the expansion of Makkah Road project to more airports in the country.

However, Saripuddin said there was no increase in the quota for the upcoming Haj. “Indonesia and Saudi Arabia has signed the annual Haj agreement on existing quota of 221,000 and there is no increase,” he said.

He said in view of the high demand, Indonesia, which has the world’s largest Muslim population, has been urging Saudi Arabia to increase its quota of pilgrims.

“We held wide range of discussions regarding the land transportation inside the Kingdom and also the housing facility for pilgrims. A specialized team from Quality of Service Performance Index of the Indonesian government joined us to assess these services,” Saripuddin added.

The Indonesian side emphasized the need for ensuring the quality of ethnic food served to the pilgrims while suggesting the food to be cooked by native Indonesians, he said.