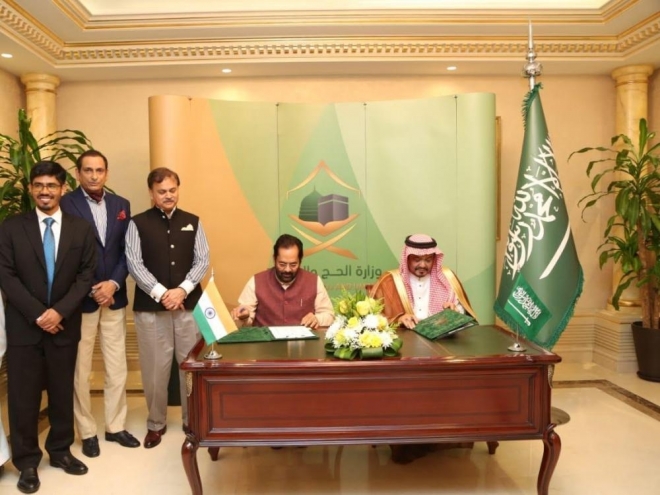 JEDDAH – Saudi Arabia and India signed on Thursday the bilateral agreement for the Haj of 2019. Minister of Haj and Umrah Muhammad Saleh Benten and India’s Minister of Minority Affairs Mukhtar Abbas Naqvi inked the agreement at a ceremony held at the minister’s office in Jeddah.

Prior to signing of the agreement, an official meeting was held between the senior Saudi Haj Ministry officials, led by Minister Benten and the high-level Indian delegation, headed by Naqvi. The talks figured several significant aspects pertaining to the forthcoming Haj of 2019.

It was highlighted in the talks that India is amongst the countries which has successfully implemented the online e-path system of the Ministry of Haj and Umrah. Naqvi has assured his Saudi counterpart India’s full support and cooperation for continued success of e-path in the forthcoming Haj as well as any other information and communications technology initiatives of the ministry.