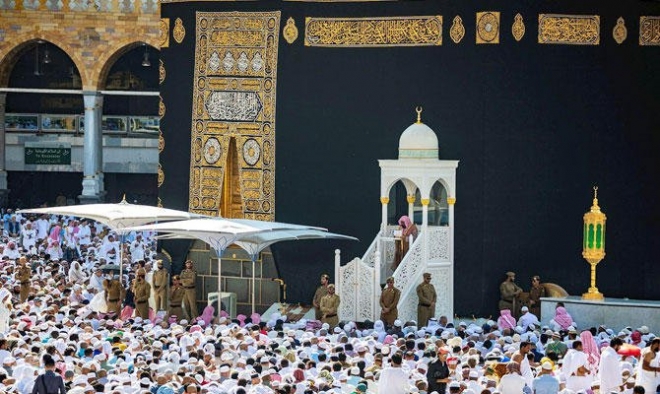 JEDDAH: The 13th batch comprising 203 Umrah performers of the Guests of the Custodian of the Two Holy Mosques Program for Umrah offered Friday prayers at the Grand Mosque in Makkah.

The guests thanked King Salman and Crown Prince Mohammed bin Salman for the generous hospitality, services and facilities provided for them since they left their countries.

With the arrival of the 13th batch of guests, the total number has reached 2,803 from various countries since the start of the program. Serving the Two Holy Mosques is a great honor for the Saudi leadership and people, and the Kingdom harnessed all its potential and capabilities to serve pilgrims so they could perform their rituals in ease and comfort.

The pilgrims lauded the program and described it as an important source of communication between Muslims from across the world.

They said such endeavors help forge unity among Muslims.