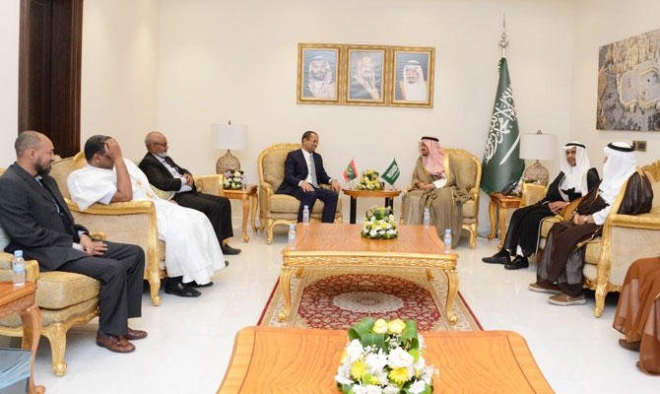 On Thursday, the Saudi minister held talks with Egyptian Maj. Gen. Mohammad Amr Ali Lutfi, assistant minister of interior for administrative affairs and his delegation in Makkah on Thursday.

The Ministry of Hajj and Umrah organized a workshop under the theme “The comprehensive scheme for pilgrims’ movement within the Hajj system, milestones and visualization.”

The undersecretary of the Hajj Ministry for Hajj Affairs, Dr. Hussein Al-Sharif, said the Ministry of Hajj and Umrah and its partners in the Hajj system are constantly endeavoring to improve pilgrims’ experience.


⇐ Previous:
Over 2.2 million Umrah visas issued so far
Next: ⇒
Saudi Arabia allocates quota of 5,485 places for Hajj to Kyrgyzstan for 2019