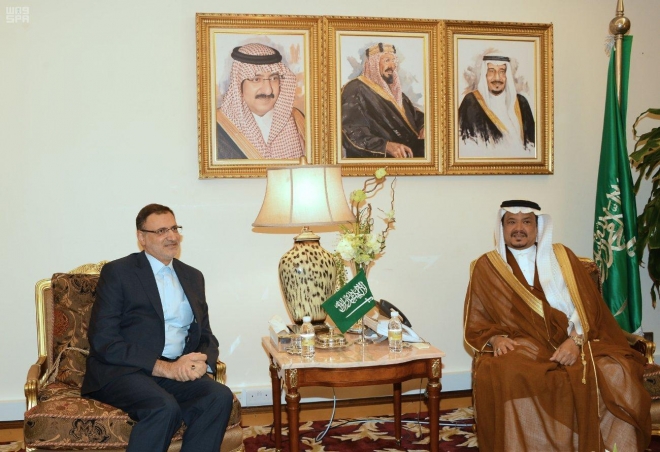 Sidiki Diakite, Ivory Coast’s interior minister, had also visited Makkah as part of a delegation sent from his country to the Hajj and Umrah Ministry.

During the meeting, the ministers discussed bilateral relations between the two countries and issues related to pilgrims.


⇐ Previous:
Thunder and dust storm weather warning for Makkah
Next: ⇒
IDF prepares for crossing of 10,000 Palestinians through Jordan to Mecca