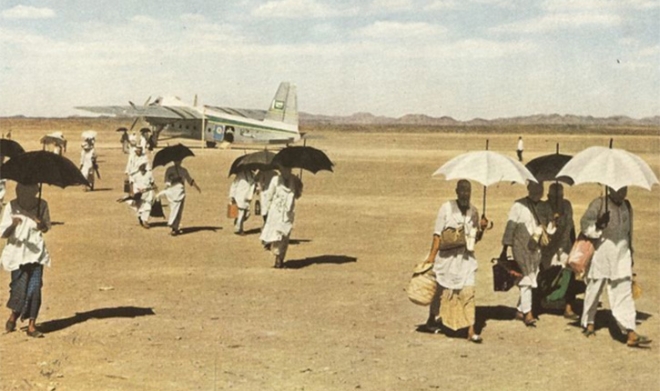 Mumbai: The Haj Committee of India on Friday released state-wise allocation of seats for Hajj 2019. The state-wise distribution of seats has been done based on the percentage of Muslim population in various state of the country.

"The quota allocated to various States and Union Territory Haj Committees for the pilgrims of Haj 1440 (H) - 2019 has been calculated as per the percentage of Muslim population of 2011 Census", the Haj Committee of India CEO Dr Maqsood Ahmed Khan said while releasing the 2019 Haj quota.

According to statewise Haj 2019 qouta, the Haj Committee of India has received a total of 267,261 Haj Application Forms (HAF) from 31 Indian states. The number of application received this year has drastically reduced due to various reasons. But, it is still more than the double of India's Haj Quota allotted by Saudi Government.

Mukhtar Abbas Naqvi, Union Minister of Minorities, has requested the Saudi government to increase India's quota by 20,000. However a final decision on this is yet to be taken.

Likewise, Lakshadeep with a special quota of 297 will have a total of 342 Hajj pilgrims. Number of applications in Lakshadeep is 342 but it has a quota of only 45..

Uttar Pradesh with Muslim population of 3,84,83,967 has been allocated a quota of 30,237 pilgrims. But, number of applications received by the Uttar Pradesh State Haj Committee is 34,397.

Assam, which has a Muslim population of 1,09,10,451, has been allocated a final quota of 3,588 Haj pilgrims. Assam also included Muslims of Nagaland, Arunachal Pradesh, Meghalaya, Sikkim and Mizoram.

The original quota of West Bengal, Bihar and Assam are 17,735, 12,630 and 7,848 respectively. But, since total applications received by these states are less than their allocated quota, their original quota is reduced and the surplus seats are allocated to other states.

Jharkhand, Punjab and Tripura are other three states where number of applications are less than their allocated quotas.

The maximum number of applications has been received by Kerala. The state has a Muslim population of 88,73,472 and has been allocated a quota of 11,472. But, the state has received a whopping 43,115 applications.

A total of 500 seats have already been allotted to Mehram. The final list of 1,23,400 haj pilgrims out of the total 267,261 applicants will be released after draw i.e. Hajj Qurrah which is held by respective Haj Committees.

The Haj 2019 Qurrah by different State Haj Committees was supposed to be held in the last week of December. It is however delayed due to extension of Hajj application last date.