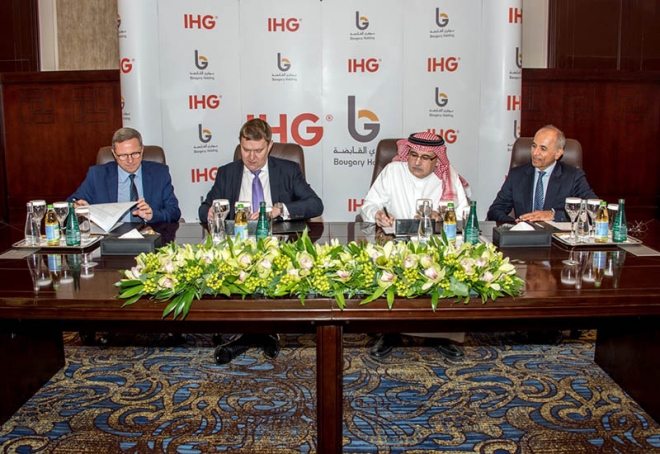 Located in close proximity to the Holy Mosque, the hotel will join the existing InterContinental and Holiday Inn in the city.

IHG reports that it is the largest international hotel group in Saudi Arabia, both by number of hotels and number of rooms. The company currently operates 23 Crowne Plaza hotels across the Middle East, with a further six due to open in in the next three to five years (figures as of September 30, 2018).

IHG managing director India, Middle East & Africa Pascal Gauvin said in a statement: "Saudi Arabia offers great opportunities both in terms of domestic and inbound tourism and is central to our expansion strategy in the Middle East."

He added: "This is a milestone signing for us in the Middle East and is testament to our commitment to the market."

Bougary Holding Co CEO Loay Bougary said: "We are proud to partner with a strong global player such as IHG on this milestone development. IHG is a trusted brand with in-depth knowledge of the Kingdom and Crowne Plaza Makkah Beban will bring a full range of amenities to pilgrims and other travellers looking for a high-quality hospitality experience."


⇐ Previous:
OYO Hotels partners with Saudi Arabia's Ministry of Hajj
Next: ⇒
Precooked Meals for Pilgrims to Reach 40% in 2020