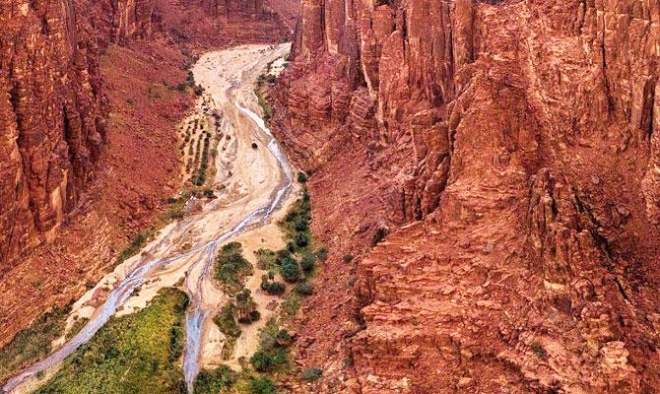 JEDDAH: British author Aldous Huxley, famous for his 1932 dystopian novel “Brave New World,” once wrote: “To travel is to discover that everyone is wrong about other countries.”

For many travel photographers like South African’s Kyle Mijlof, these words are often proven true. An extensive traveler, Mijlof has visited more than 70 countries since 2010 and documented each with extraordinary photos on his Instagram page, @mijlof.

Like the thousands of new tourists that visited last year, Mijlof took advantage of Saudi Arabia hosting the Formula E-Prix event in December and applied online for a tourist e-visa, which allowed him to stay in the Kingdom for an entire month.

“I guess everyone has this image of it just being sandy, hot and hostile, but honestly, it was nothing like that,” he said.

Saudi Arabia’s transition last year to issuing official tourist e-visas is part of its modernization plan to increase tourism and diversify its economy ahead of 2030. The application process, as Mijlof would come to find out, was pretty straightforward.

“The process was pretty simple,” he said.

“Just log onto sharek.sa, fill in your details, let them know you need to apply for a visa, add your information, upload your passport, enter your dates and there you go. Done.”

Mijlof’s person of contact upon arriving to Riyadh was his friend and fellow travel photographer, Yousef Al-Sudais.

“Yousef and I met in Durban about three years ago during a trip to South Africa,” he said.

“He is the second biggest travel influencer in the whole country. I was selected based on this relationship I had with him.”

With Yousef as his guiding host, for nearly a month, they would travel throughout the northern desert regions of Saudi Arabia, all the while documenting every destination with striking photographs.

One of their first destinations was a desert trek through Riyadh to an area commonly referred to as “the edge of the world.” Located along the cliffs of the Tuwaiq escarpment, it is a cluster of extensive and wide-ranging canyons with scenic plateaus.

It is aptly named “the edge of the world” as the canyons in this part of the escarpment all contain long edges that reach outward from their plateaus, giving the impression of an endless horizon as far as the eye can see.

Documenting his experience on Instagram, Mijlof captioned his photo: “It has been a week since I entered country No. 71, Saudi Arabia. I have been absolutely blown away by the hospitality of its people and the beautiful landscapes. Yesterday, I went on an experience to ‘the edge of the world’ and got greeted with this incredible view. We took a microlight flight and dined out with some traditional Saudi food. Thank you, Saudi Arabia, I can’t wait to see more of this uniquely beautiful country.”

Mijlof was also able to take drone footage of Madain Saleh, an archaeological site located roughly 400 km from Madinah. Known for its 131 well-preserved rock-cut monumental tombs and elaborate facades that date back to the Nabataean Kingdom, it is also Saudi Arabia’s first of several UNESCO World Heritage Sites.

“We got to explore this region that dates back thousands of generations of the Nabataeans,” he wrote.

“It is a very beautiful, spiritual place that many people don’t know about.”

By week two, Mijlof had journeyed hundreds of kilometers through the Arabian desert and found himself at Wadi Al-Disah, a stunning palm tree oasis surrounded by mountainous plains located about 180 km from Tabuk.

Stringing his Instagram followers along, Mijlof captioned his latest upload: “Today marks two weeks since arriving to Saudi Arabia. I have not stopped saying wow since I arrived, the landscape out here is incredible and untouched. From the majestic mountain ranges and rugged valleys to the humility of the people, you guys have really made me feel like part of your family, so thank you for making me feel so welcomed. I am honestly at a loss for words. This is Wadi Al-Disah.”

Towards the end of December, and with one week remaining on his visa, Mijlof celebrated his 30th birthday in Tabuk.

This is where the Red Sea meets the Gulf of Aqaba. Ras Al-Sheikh Hamid is also one of the many sites that will encompass NEOM, the $500 billion Saudi-funded transnational megacity and economic hub. The sand banks here lie on coral reefs and host an incredibly rich marine life. Only 30 km separates it from the famous Egyptian diving town of Sharm El-Sheikh.

“Right now, I can’t think of a better way to spend my birthday than exploring the north of Saudi Arabia, which has quickly started to feel like my new favorite place to photograph,” said Mijlof.

“I stumbled across some red sand dunes hidden in the Tabuk region of northern Saudi Arabia. We drove out, set up camp, made a fire, drank some tea and waited for sunset in this landscape. I keep saying it again and again, but this country is so wildly beautiful and with five days left on my visa, I am already planning my next trip.”

Mijlof wrapped up his month-long visit to Saudi Arabia in the southwestern city of Abha.

“Got to spend a couple of days exploring the south of Saudi Arabia, kind of looks like somewhere in the alps, right? This is a road from Tabab to Al-Shabain. I have been so blown away by the diversity of landscapes in this incredible country and really need to explore more.”

Mijlof arrived to Saudi Arabia on a tourist e-visa for the Formula E-Prix event, but he would experience so much more: The historic Masmak fortress in Riyadh, the Tantora concerts at Madain Saleh, desert trips to the Disah Valley of Tabuk, as well as Ras Al-Sheikh Hamid and Abha.

Along the way, he enjoyed traditional Saudi food, his favorite? Kabsa with camel meat. “Things are changing and my aim in visiting the country was to showcase that,” he said.