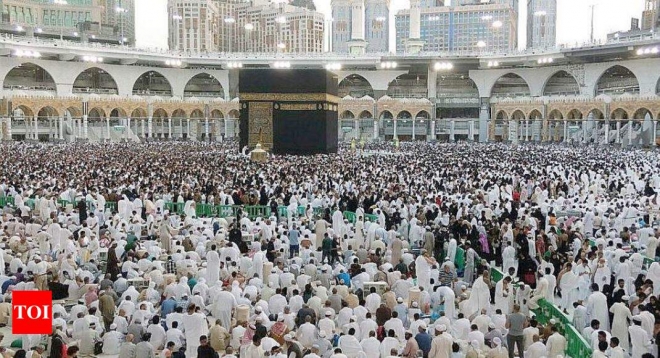 MUMBAI: Having been bombarded with complaints, Congress MLA Amin Patel has approached Union minister of minority affairs Mukhtar Abbas Naqvi to act against unregistered and unauthorized tour operators duping Haj and Umrah pilgrims. Haj is performed annually, while Umrah rituals can be offered any time through the year. Patel said many operators quoting low cost book pilgrims many months in advance. "Strict action should be taken against unauthorised tour operators," said Patel, adding that many innocent pilgrims fall for the "cheap" offers and get duped.

Kurla resident Syed Zaid said he paid Rs 5 lakh in advance to an operator for two pilgrims seven months ahead of the Haj of 2018. "Around a week or so before we were to travel, we were told that our Haj visas had not come. We were paid back our money around three months later," said Zaid. He was lucky to have got back his money.

Meanwhile, Saudi Crown Prince Mohammed bin Salman has announced an increase of 25,000 pilgrims to the Haj quota, which takes India's total to 2 lakh.