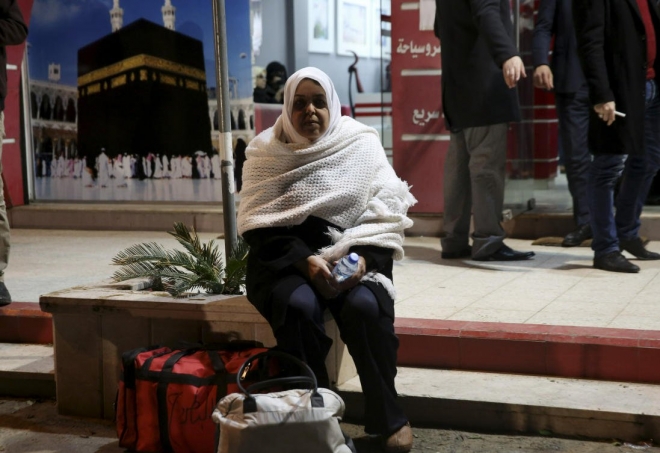 GAZA CITY: Some 800 Palestinians crossed Sunday from the Gaza Strip into Egypt on the initial stage of a minor pilgrimage to Makkah known as the “Umrah,” the first time since 2014 Egyptian authorities have granted visas for such a trip.

The pilgrims left at around dawn and were to be met by buses on the Egyptian side to bring them to Cairo’s airport, from where they would fly to Makkah in Saudi Arabia, said a Palestinian official at the Rafah crossing in the Gaza Strip.

Fifteen Gazans among the 800 were not authorized to cross, according to a Palestinian security official at Rafah, without providing the reasons.

Security sources on the Egyptian side of the Rafah crossing confirmed it was the first such permission for the Umrah pilgrimage since the start of Egyptian military operations in northern Sinai in 2014.

Umrah is the lesser pilgrimage to Makkah that can be completed throughout the year, as opposed to the annual Hajj pilgrimage.

Around 2,500 pilgrims are authorized annually to leave Gaza via Egypt for the Hajj, one of the five pillars of Islam that Muslims must undertake at least once in their lifetime.

Since the overthrow of Islamist president Muhammad Mursi in 2013, Egypt has faced an extremist insurgency in North Sinai.

Last year, Egypt’s military launched a major offensive against the militants, though Cairo has for years considered the entire area a security priority.

Gaza, run by Hamas, has been under an Israeli blockade for more than a decade. Gaza militants and Israel have fought three wars since 2008.

The Rafah crossing with Egypt is the only one out of Gaza not controlled by Israel. It had been largely closed in recent years, but was reopened some 10 months ago.

Around 300 travelers use it daily in either direction, according to figures dating to December provided by the Gisha NGO, which monitors the blockade on Gaza.