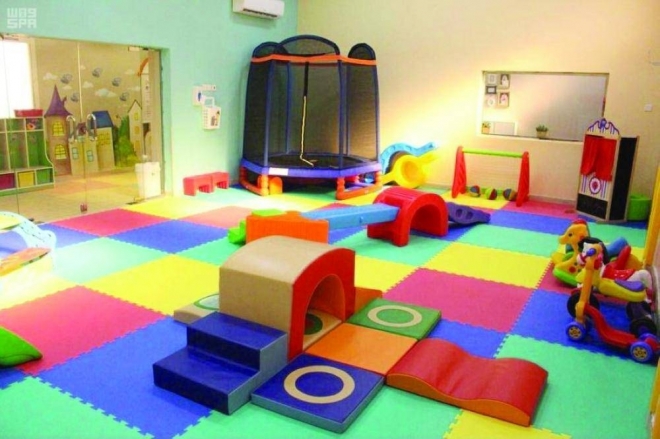 MAKKAH — The seasonal nurseries program is considering introduction of three kinds of nurseries for the children of pilgrims; one of them free of charge, Makkah daily reported on Tuesday.

The concerned government departments are currently working on the final draft to further develop the nurseries so as to forward it to Makkah Emir Prince Khaled Al-Faisal for final approval.

Industry sources said the first category of the nurseries, which was applied during the last year's Haj, was an investment one.

They said this category will remain as it is at the charges of SR2,500 per child during the five days of the Haj while the second category, which will be free of charge, will be introduced on an experimental basis for the first time this year.

The sources said the free of charge nurseries will together have 200 seats. The children will be provided by free of charge meals while Umm Al-Qura University will provide them with 90 male and female nurses for their health care.

The sources said the third category will be a merger of the investment and the free of charge categories. They said the parents will have to pay SR1,000 for each child.

The sources said online application for the nurseries will be closed down mid Ramadan (May 20).

The emir has directed the concerned parties to develop the nurseries within the Kingdom's efforts to provide consummate services to the pilgrims.