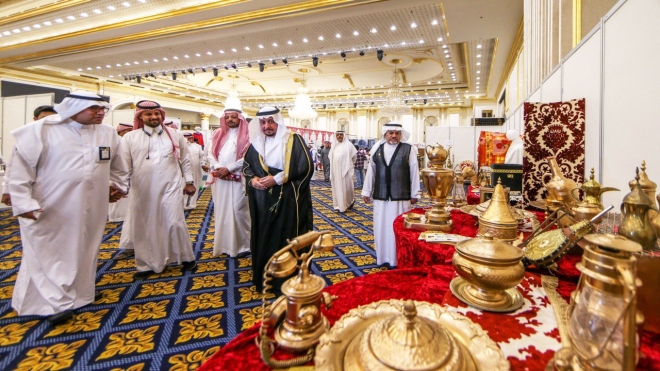 MAKKAH: The Saudi Commission for Tourism and National Heritage (SCTH) launched the “Ramadan Brings Us Together” festival on Wednesday in the Great Hall of Makkah.

The launch ceremony featured theater performances and competitions, among other events. It also offered family businesses and entrepreneurs the opportunity to promote their products, services and innovations.

Hisham Madani, the director general of SCTH, said that Makkah has always been the capital of culture and home of civilization and that it is rich in historical sites and monuments, highlighting that the city’s holy status come from it being the site of the world’s first house of worship.

Madani added: “We have gathered this evening at the Ramadan Brings Us Together festival to instill the sacred values of Makkah and continue the construction renaissance begun by the country’s founder, the late King Abdul Aziz, and continued by his sons until the era of our King Salman and Crown Prince Mohammed bin Salman.”

He thanked the event’s organizers and the team who established the festival. “They have devoted their time and effort to celebrate the holy capital in order to emphasize its well-deserved status and raise awareness among the younger generations that Makkah is eternal,” he said.

“We have a shared responsibility to revive the historical heritage of the holy capital and merge the present with the past to highlight the history, culture, and pride of the Saudi identity,” he continued. “We must achieve the greatest possible economic benefit for the local community and the tourism sector and encourage the participation of the local community in these events, so that they experience our country’s development.”

The number of Umrah pilgrims who have arrived in the Kingdom since the start of the current Umrah season has reached 6,136,139, a 7 percent increase on the 5,719,398 who came during the same period last year, according to the Ministry of Hajj and Umrah.

The figures were published in a statistical report, which also revealed that the number of visas issued for the current Umrah season was 6,730,109, compared with 6,314,448 the previous year, an increase of 6 percent.


⇐ Previous:
Breaking the fast at the Prophet’s Mosque in Madinah
Next: ⇒
7% rise in Umrah pilgrims this year, says ministry