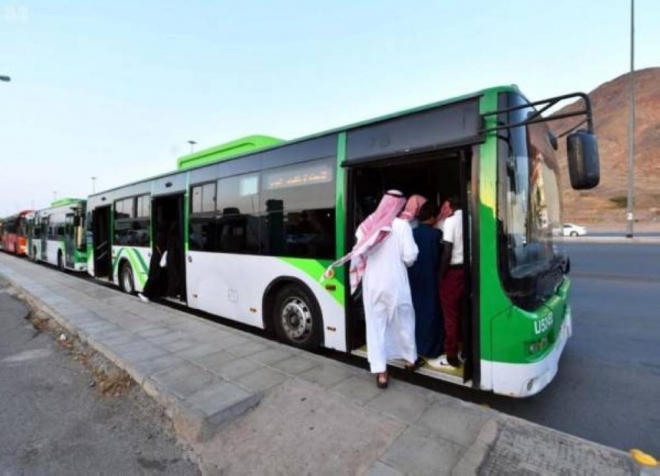 MAKKAH — More than 8 million people used the shuttle bus service to and from the Grand Mosque in Makkah in just six days, according to the Makkah governorate.

It said the figure covered the last day of Shaban (May 5) till the fifth of Ramadan (May 10).

The governorate said the number of passengers was 14 percent higher than their number during the same time period last Ramadan.

It said the special Ramadan parking lots prepared on the outskirts of the holy city received more than 300,000 cars, up 8 percent from last year.

The governorate said about 1.6 million people used the shuttle service to reach the Ajyad bus station near the Grand Mosque while more than 771,000 came to the Bab Ali bus station.

As many as 470,181 people came the King Abdul Aziz Gate bus station while the Jarwal bus station was used by more than 881,000 to reach the Grand Mosque.

The shuttle buses are expected to transport more than 40 million passengers to the Grand Mosque by the end of the holy month of Ramadan.