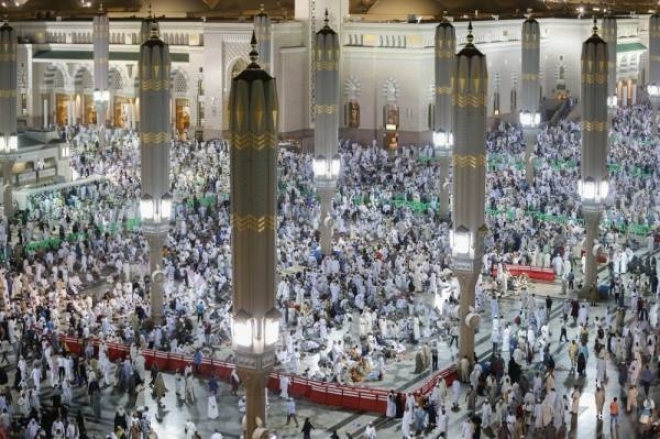 MADINAH — More than 3.2 million people have prayed the Taraweeh, the special night prayers in Ramadan, at the Prophet Mosque during the first 15 days of the holy month, according to the Presidency of the Affairs of the Two Holy Mosques.

The presidency said as many as 1.4 million worshippers prayed inside the mosque while

As many as 669,048 pilgrims and visitors paid homage to the Prophet Muhammad (peace be upon him) and his two companions Abu Bakr and Omar by greeting them with the Islamic salutation of salam at their graves close to the mosque.