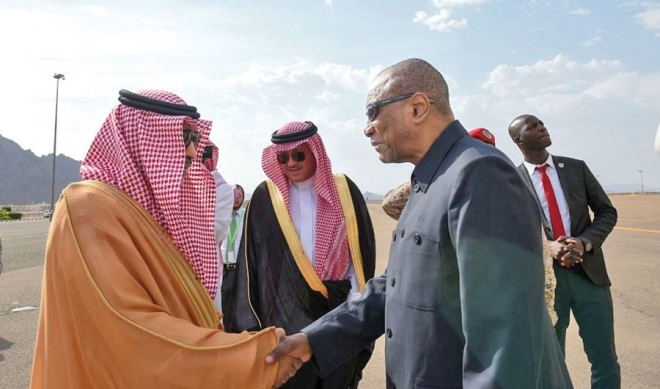 President of Guinea Professor Alpha Condé arrived in Madinah on Tuesday to visit the Prophet’s Mosque.

At Prince Mohammed bin Abdulaziz International Airport, he was received by Undersecretary of Madinah Region Wahib bin Mohammed Al-Sahli and a number of officials.

President Condé is in Saudi Arabia to attend key summits convened by King Salman in the holy city of Makkah on Thursday and Friday.

Meanwhile, Pakistan Prime Minister Imran Khan will lead his country’s delegation at the 14th Organization of Islamic Cooperation (OIC) summit in Makkah on May 31.

Khan is also expected to meet Muslim world leaders on the sidelines of the summit.

“Saudi Arabia can play a vital role in forging harmony and unity within the Muslim Ummah, and lead Muslim countries to confront the growing threat of terrorism and militancy in the region,” she said.