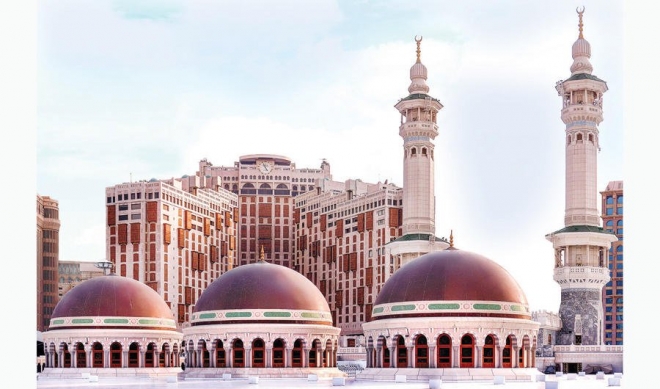 Millennium Hotels and Resorts Middle East and Africa (MEA), a hotel management company in the region, has addressed its guests with deep regrets for the inconvenience they might have encountered during their stay at Makkah Millennium Hotel and Towers.

“It is with regret that Millennium and Copthorne had announced that on June 13, 2019 the owner of Makkah Millennium Hotel and Towers had unlawfully, and in contrary to the terms of the operating and management agreement, interfered with the exclusive rights of Millennium in the management and operation of the hotel and towers,” the company said in a press release.

“Millennium disagrees with the owner’s acts and had commenced proceedings to remove this interference and confirm Millennium’s exclusive rights to manage and operate the hotel and towers without interference from the owner or others.

“Millennium regrets any inconvenience this situation has caused or may continue to cause to its guests.”

The company said it is pursuing all available legal courses of action inside the Kingdom, and is confident of the Saudi judiciary system in the protection of rights and imposing of justice.

Operating 4,067 keys in the Kingdom, Millennium Hotels and Resorts MEA has affirmed its commitment to the Saudi market and pledged to continue its efforts toward tourism, travel and hospitality sectors in Saudi Arabia to achieve the goals of Vision 2030 and beyond.

Millennium Hotels & Resorts is a global hotel company, which was founded in 1989, on the vision of its chairman, Kwek Leng Beng, who leads Singapore’s Hong Leong Group. With almost 40,000 rooms worldwide, the company currently operates 40 hotels, has 14 hotels due to open this year and 35 hotels in the pipeline across the region.

The five-star Makkah Millennium Hotel is the closest hotel to the Holy Mosque, located by the Holy Haram Piazza in front of King Fahd Gate.

Makkah Millennium Hotel is located close to many main attractions in the city, including important Islamic holy sites that are less than five miles away. Zamzam well, Jabal Al-Nour, Cave of Hira and the Makkah museum are some of the nearby landmarks, while other areas of interest close by include a large shopping mall, supermarket, and a variety of international restaurants and lounges.


⇐ Previous:
Umrah visa stopped, to resume on August 16
Next: ⇒
Haj companies told to provide a cleaner for each 30 pilgrims